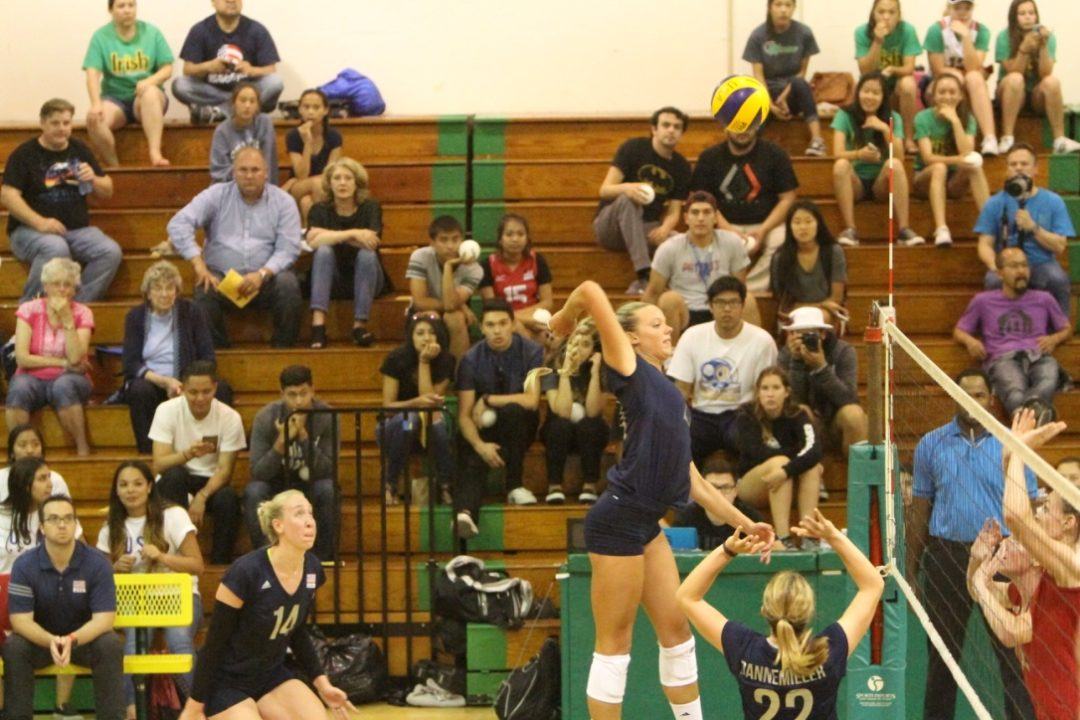 American setter Lexi Dannemiller, a former standout for the University of Michigan Wolverines, has transferred from French League A powerhouse and Champions League participant. ASPTT Mulhouse, to the German Bundesliga A side, SC Potsdam. The 5-11 (181 cm) Dannemiller has signed a one-year contract for the 2018-19 season.

The transfer marks Dannemiller’s second stint in Germany, having previously won a championship for SC Schweriner in 2016-17. Her new club, SC Potsdam, lost in the 2017-18 playoffs to Dresdner SC in straight sets. Serbian libero Alksandra Jegdic and German outside attacker Annegret Hölzig are also under contract with the German side for the new season.

In college, Dannemiller, a West Chester, Ohio native, played for Michigan from 2011-2014, earning AVCA All-America honorable mention accolades in 2013 for the perennial Big 10 contenders as a junior.

During her sophomore year in 2012, she led the Wolverines to the Final Four in the NCAA Tournament, upsetting Stanford, ranked No. 2 at the time, in the Sweet Sixteen match before falling in five sets to eventual national champion, Texas. In the match against the Longhorns, Dannemiller recorded a double-double, dishing out 51 assists and adding 11 digs (video highlights below).

Beginning in 2017, Dannemiller has also been listed as a member of the USA national team, but has not played in any major international competitions for the Americans in 2017 or 2018.