U.S. and Cuba Advance to Semis at NORCECA U-18 Girls’ Championships 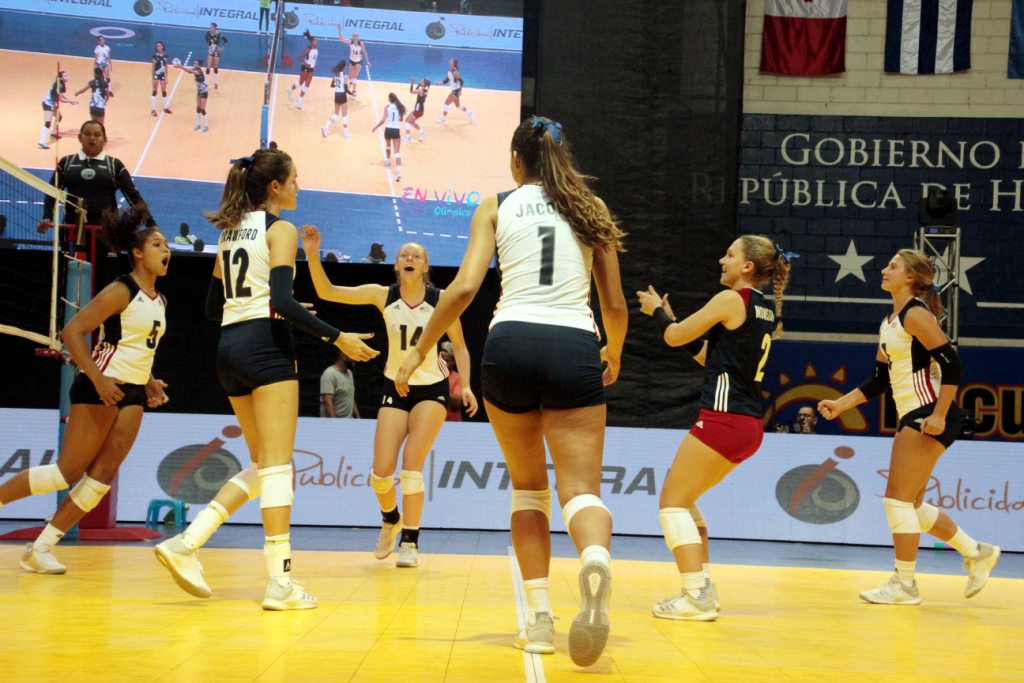 Led by 58% hitting from Jess Mruzik, no opponent scored more than 35 points in a match against the US in pool play. Current Photo via NORCECA

All 12 pool play matches were won by lopsided 3-0 scores, including 3 each by Cuba in Pool A and the United States in Pool B, which advanced them straight-through to Friday’s semi-finals.

Cuba has been led by a tournament-best 34 points from opposite Castillo Thainalien, on 17 kills, 2 blocks, and 15 aces in just 3 matches. Yaimaris Garcia added 11 aces, and Cuba as a team having 45 in the tournament (15 per match played). The next-best team is the US with 28. The USA, sticking true to program culture, has used a number of different lineups throughout the tournament, keeping any one player from compiling outrageous statistics, but opposite Jessica Mruzik has been a standout with 18 kills and just 3 errors on 31 swings. That gives her a tournament best hitting percentage of 58.06, which is more than 3 points better than any other player in the field. Mruzik is a Michigan commit.

As a team, the USA leads most of the other major categories, including being the only team to hit better than 50% as a group (56.22%).

The classification matches will then take place on Sunday, including the gold medal final at 8:00 PM Honduras time (10PM U.S. Eastern Time).