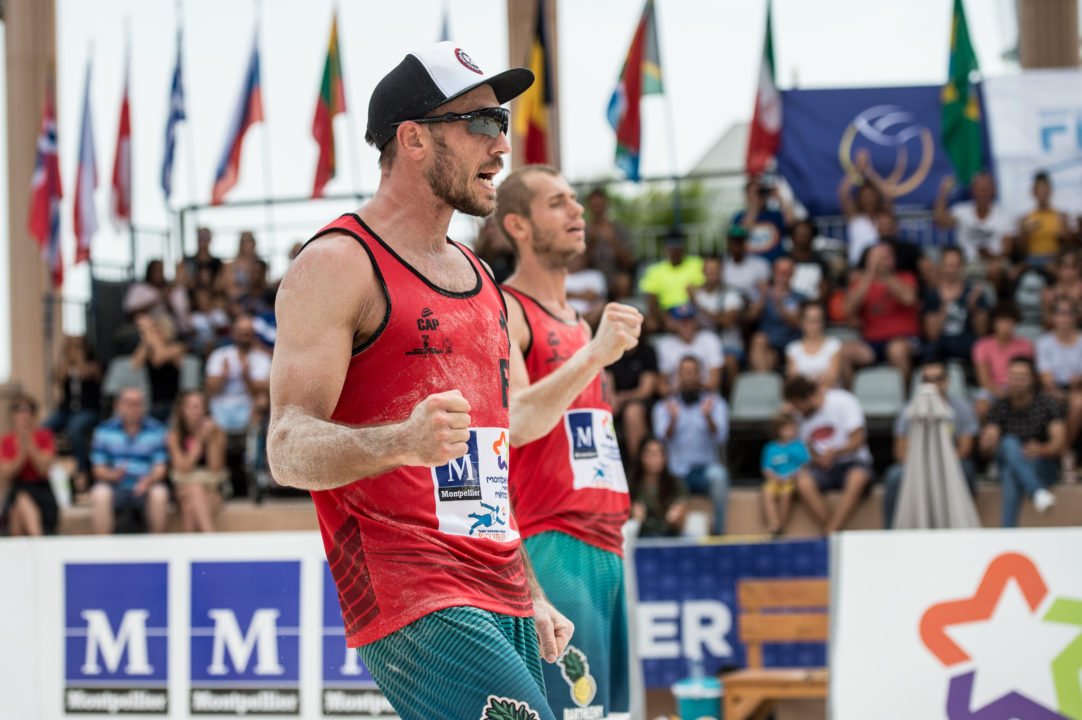 Four pool winners were crowned for each gender on Thursday, setting up Friday's Round of 12 and eventually the quarterfinal matches. Three Swiss women's teams and three French men's pairs were among those crowned at 2-0.  Current Photo via FIVB

Four pool winners were crowned for each gender on Thursday, setting up Friday’s Round of 12 and eventually the quarterfinal matches.

Advancing directly to the quarterfinals with two wins apiece on the women’s side were:

Top seeded Jupiter/Placette are the only one of the four pool champions that played a tiebreak match, with the French doing so in their Pool A opener against Americans Audrey Nourse/Nicole Nourse 21-12 .20-22, 15-12.

Only one other pool play match went the distance, with Norway’s Emilie Olimstad/Frida Berntsen holding on for a 22-20, 15-21, 15-9 win over Julia Wouters/Pleun Ypma of the Netherlands in Pool B.

With just 16 teams in the main draw, the top three teams in each pool moved on to Friday.

Americans Nourse/Nourse were eliminated after going 0-2 with the loss to Jupiter/Placette and a 21-12, 21-14 defeat at the hands of Greeks Konstantina Tsopoulou/Dimitra Manavi.

On the men’s side, five of the 16 pool play matches went to tiebreak, including two involving pool title winners.

Each of the four champions went 2-0.

Thiercy/Gauthier-Rat and Krou/Aye each won both of their matches in straight sets.

Rowlandson/Barthelemy also went the distance to secure a bye to the quarterfinals, holding on for a 21-17, 17-21, 15-13 win over Switzerland’s No. 4 Florian Breer/Yves Haussener.