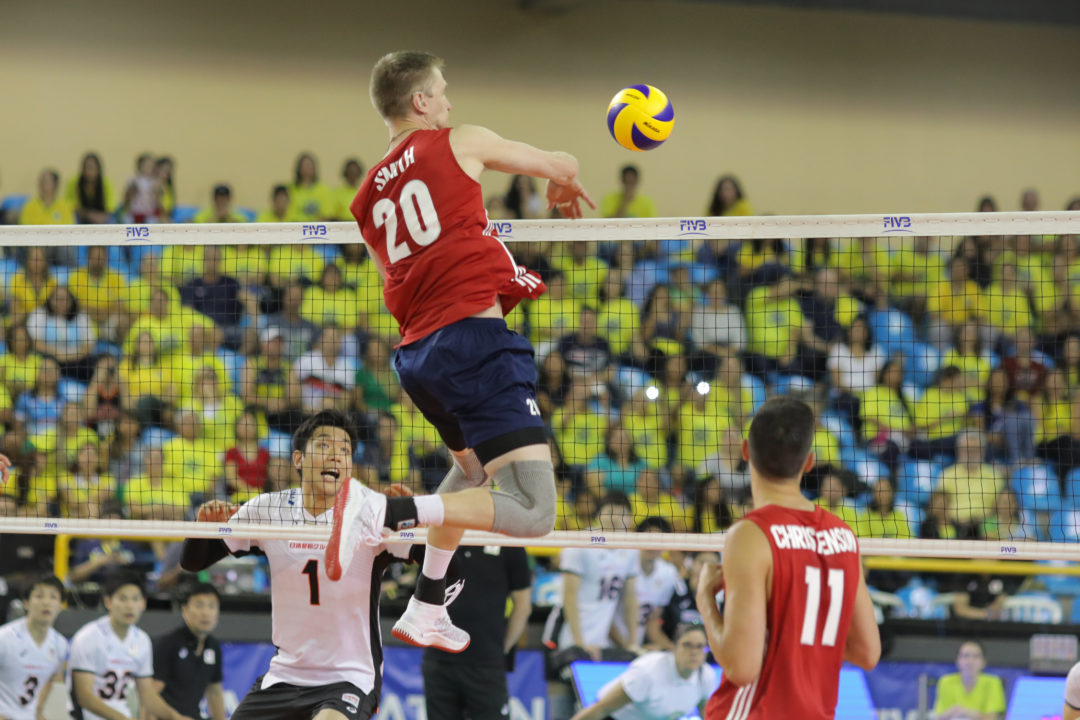 In an off-season that has seen Polish power Asseco Resovia Rzeszow jettison about half of its team after a 4th-place finish... Archive Photo via FIVB

In an off-season that has seen Polish power Asseco Resovia Rzeszow jettison about half of its team after a 4th-place finish in the PlusLiga (which includes firing and hiring a new coach mid-season), the club has added another big piece from the American National Team: middle blocker David Smith.

Smith will join his U.S. Nations League teammate Kawika Shoji with the Polish club next season, as the club also announced Shoji’s addition in May.

Smith is a 33-year old, 6’7″ (2.01cm) blocker who played collegiately at UC Irvine. He spent last season with PlusLiga 10th-place side Zawercie, which beat Resovia 3-2 in the first round of the regular season,  but after the coaching change was thumped 3-0 in the return match. Smith scored 12 points in that first matchup with 3 blocks, but was limited to 8 points and 0 blocks in the 2nd game.

Overall, Smith was ranked as the 3rd-best blocker in the PlusLiga by DataVolley statistics, and 3rd in the league overall with 51 blocks in 111 sets played. He ranked 3rd in scoring among middle blockers in total as well, with 295 points (10.5/match).

Smith is the captain of this year’s USA Volleyball Nations League team. He has 36 points entering the 4th week of play in Hoffman Estates, Illinois this weekend, including 6 blocks.

Resovia has had another of prior American/North American players on their roster, especially in the 2016-2017 season with the likes of Thomas Jaecchke, Gavin Schmitt, and Frederic Winters, but last season their internationals represented Germany, France, Finland, and the Czech Republic.

Other Resovia Signings this Offseason: