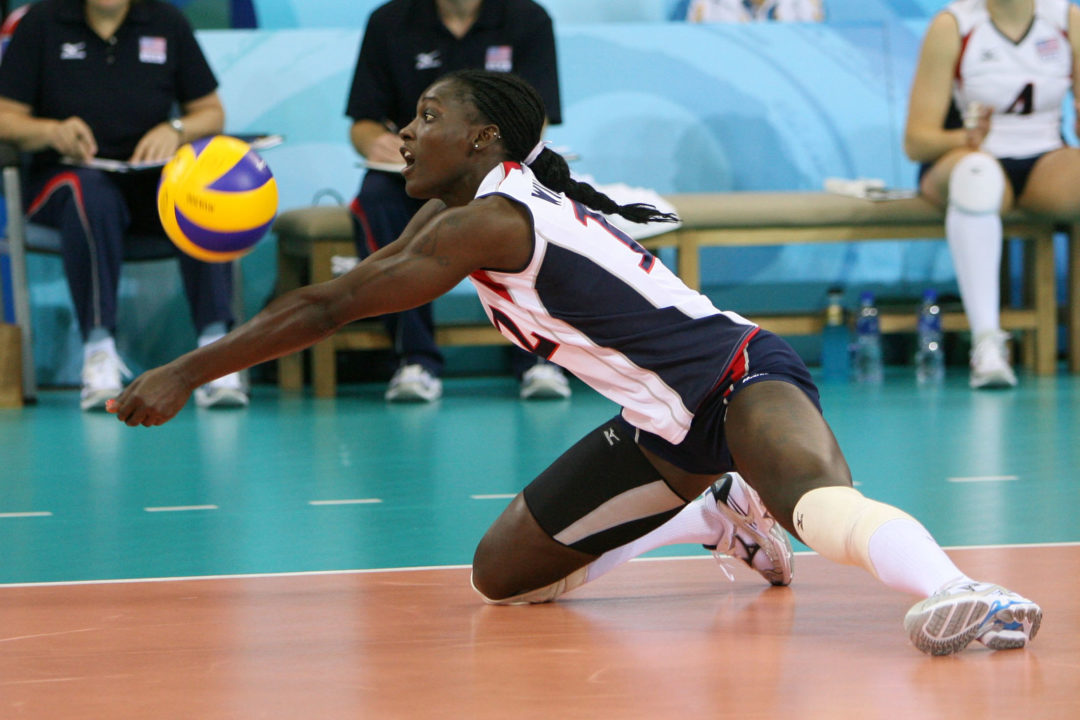 Kim Willoughby, who was a member of the United States women's indoor national team which won silver at the 2008 Olympics, was indicted on Thursday on first degree murder and child abuse charges in Puerto Rico in regards to the 2016 death of her then three-year-old adopted daughter. Current Photo via FIVB

PUERTO RICO – Kim Willoughby, who was a member of the United States women’s indoor national team which won silver at the 2008 Olympics, was indicted on Thursday on first degree murder and child abuse charges in Puerto Rico in regards to the 2016 death of her then three-year-old adopted daughter.

Just eight months ago a judge declared that there was not enough evidence to take Willoughby to trial. However, during an investigation that followed, the coroner determined that the findings of an autopsy were more consistent with abuse than accidental death as Willoughby had previously claimed.

Willoughby claimed that the girl died after slipping and hitting her head in the shower. Prosecutors presented new evidence on Sept. 10 that included the testimony of the doctor who performed the autopsy, that the child exhibited multiple signs of external trauma, and that of a forensic pathologist, who testified that the injuries showed a pattern of abuse.

According to news reports, Willoughby is being held in lieu of a $200,000 bond and set for an Oct. 4 court date.

The 37-year-old Willoughby, a three-time All-American and national player of the year at Hawaii, was playing professionally for Mayaguez Indias in Puerto Rico at the time of the incident. Mayaguez was the ninth stop in her professional career.

This is the latest legal woe for the outside hitter, who received a two-year suspension for doping from Italian Olympic Committee for testing positive for nandrolone after a match with Perugia in April 2009. The Napoleonville, Louisiana, native was suspended through July 10, 2011. She went on to play for Valencianas de Juncos in 2009 and again in 2011-12 before moving on to Pinkin de Corozal (2012-13) and Igtisadchi Baku (2013) ahead of joining Mayaguez Indias.

Willoughby also has a history of assault charges. According to the Honolulu Star Bulletin, in June 2001, she was charged with third-degree assault in Hawaii for a domestic incident, and in 2007 she faced first and second degree assault charges for alleged incidents in 2006 and 2007.

In May 2009, Willoughby pled no contest to first degree assault and received five years probation for a 2007 incident.