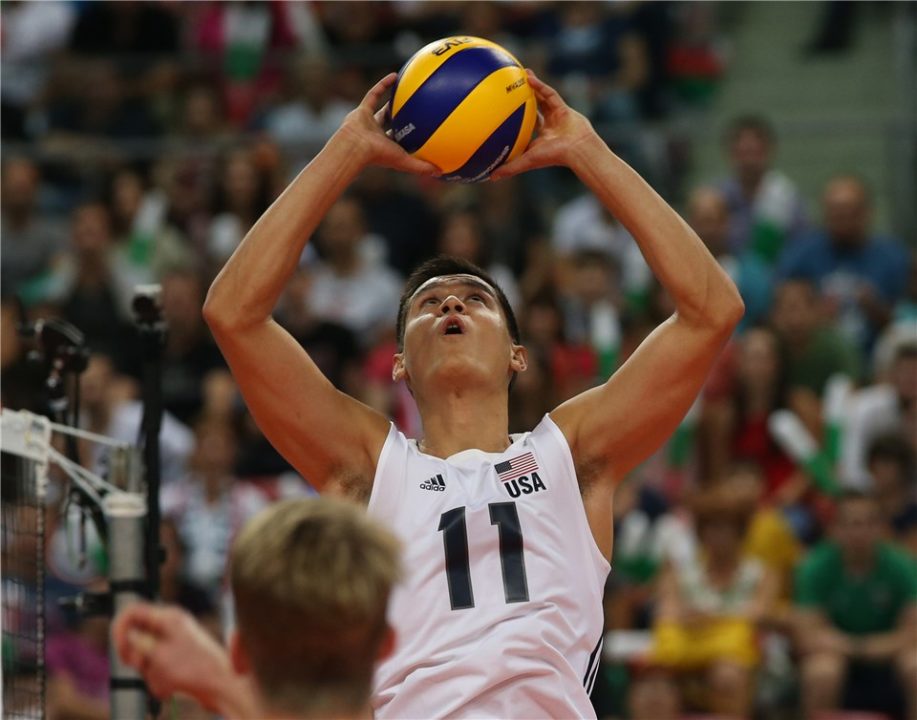 Micah Christenson has led the United States to a perfect 7-0 record in the World Championships, and his hitters are more efficient than any other team in the tournament.  Current Photo via FIVB

Statistics on setters are not always the most reliable when it comes to determining who is the best at that position. When looking at the FIVB, they stat they keep to determine the “Best Setter” is amount of running sets per set. At this point Harrison Peacock is leading the field, though Australia has no chance of qualifying to Round 3.

The job of a setter is to win. With that in mind, the case could be made for Micah Christenson having the most impressive tournament thus far. The United States is the only team left in the field with a perfect 7-0 record. When they reach the Third Round, they will have wins over Serbia and Russia, two other teams who will likely have qualified for that stage as well. No other team left will have that resume to boast of.

Other than just wins and losses, other statistics make a great place for Christenson being the best setter in these World Championships. He gets hitters in good positions to get kills, and gives them hit-able balls with which to terminate points. One just has to look at the list of “Best Spikers.” Matt Anderson is the most efficient attacker in the tournament (59.21%). Taylor Sander is 4th on this list at 56.8%. No other team has more than 1 player in the top 5. Aaron Russell sits at the 6th position with a success rate of 56.6%.

All 3 of the United States outside attackers are in the top 6 in attack efficiency. Brazil is the only other team to have more than 1 player in the top 10. Douglas Souza is 5th with a 56.76% hitting percentage, and Wallace De Souza is 10th with a success rate of 54.84%.

While the United States has shuffled their middle blockers throughout the tournament, Christenson has utilized them to the point where he can draw the block and put his pin hitters in great positions to earn kills. He has willed the United States through 5 set wins and guided them to sweeps. If they can continue this run of success, there is a good chance he is named to the Dream Team as Best Setter or even Most Outstanding Player.