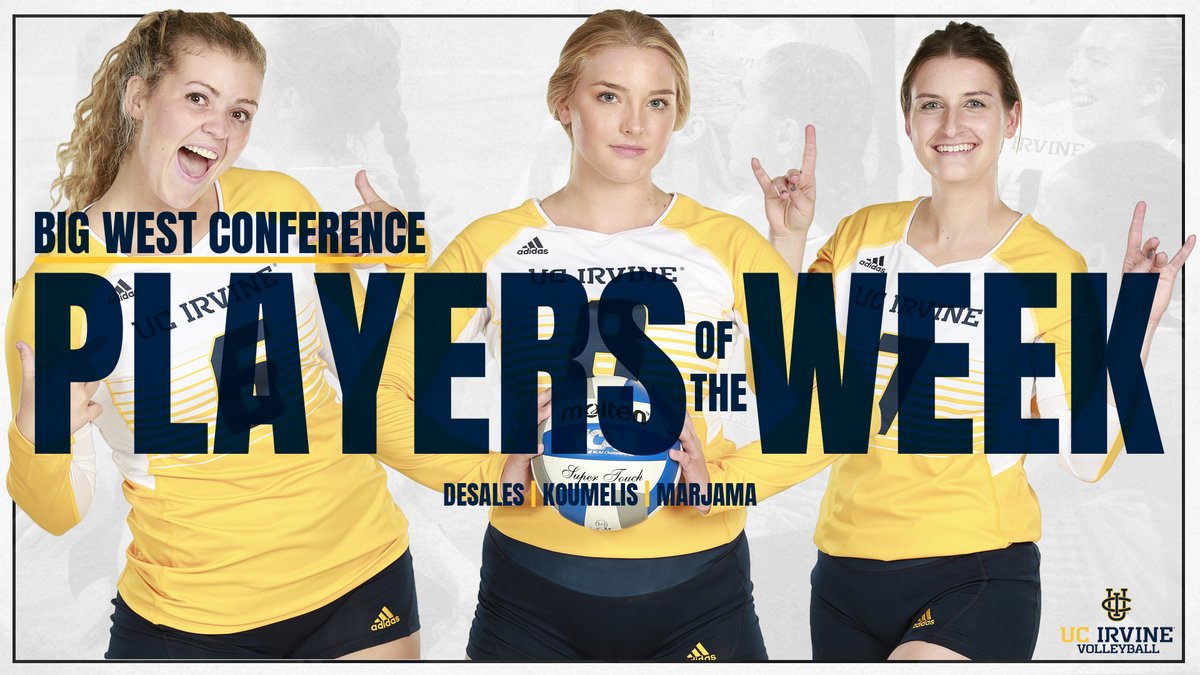 • Koumelis racked up 63 assists over the two matches, as the Anteaters toppled Cal State Fullerton and UC Riverside.

• The senior directed the UCI offense to a .340 (44-9-103) hitting percentage against the Titans, the second best offensive performance of the year.  She had 28 assists versus CSF, then added 35 more against the Highlanders.

• Koumelis added 11 digs against UCR to cement her eighth double-double of the year.

• For the third time in the last four weeks, Abby Marjama was recognized as the Big West’s top freshman.

• The 6-foot outside hitter posted back-to-back double-doubles in a pair of Anteater sweeps.

• Marjama had a team-best 12 kills to go along with 10 digs and two block assists against Cal State Fullerton.  It was the seventh time this year she had led the squad in kills.

• Against UC Riverside, she collected her fourth double-double of the year with 11 kills and 10 digs.

• Marjama also had two aces against UCR, bringing her season total to 34.

• Haley DeSales became a first time recipient of the Defensive Player of the Week award after averaging 6.67 digs over six sets in sweeps of Cal State Fullerton and UC Riverside.

• The senior notched 19 digs against the Titans, then had 21 more versus the Highlanders.

• The 21 scoops against UCR represented the second-most by an Anteater in a three-set match this season.

• DeSales posted her seventh 20-dig match of the season.

• She also added three assists and an ace in each match.

• DeSales has recorded double figure digs in all but one match this season.