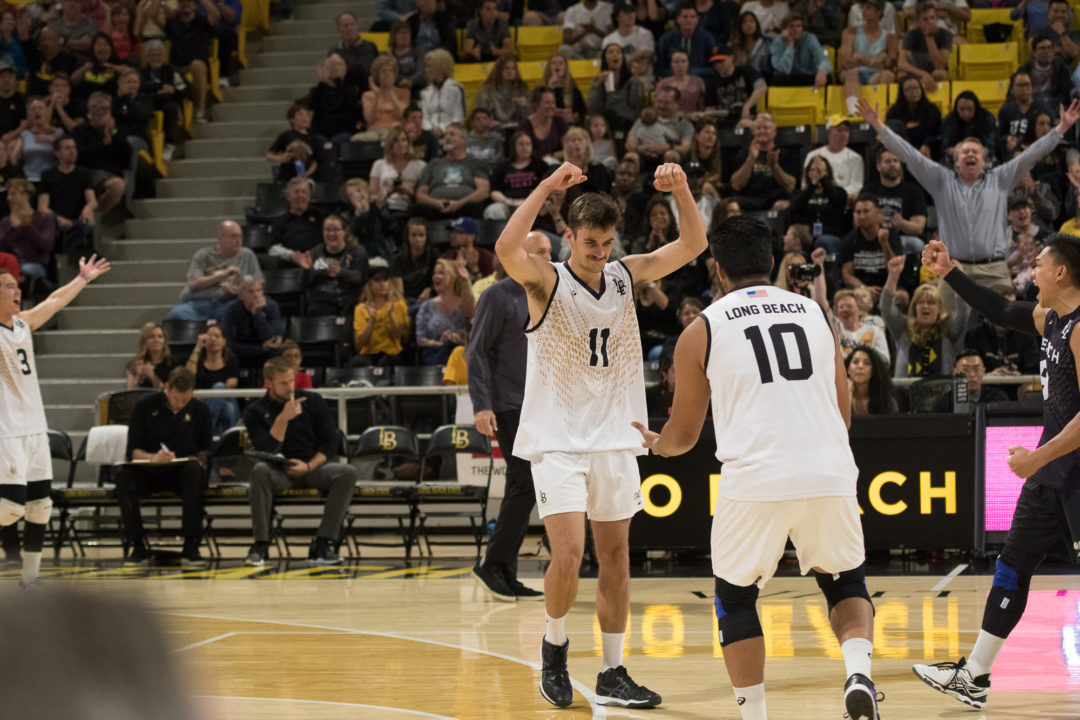 The 2018 season came to an end Saturday with Long Beach State taking the NCAA title in a five-set win... Current Photo via Anne Lepesant

The 2018 season came to an end Saturday with Long Beach State taking the NCAA title in a five-set win over UCLA.

On Monday, the 49ers’ win was reflected in the final AVCA Top 15 rankings as LBSU capped a 15-poll reign atop the listings. Long Beach State took over the No. 1 spot in the poll on Week 2 (Jan. 15) and maintained it throughout the rest of the season.

NCAA runner-up UCLA moved into the No. 2 spot, while Final Four participant BYU dropped one spot to No. 3. Ohio State, which wrapped the season with a semifinal loss to LBSU, moved up two spots from No. 6 to No. 4.

Hawaii, which was left out of the seven team NCAA field got some peace in being ranked at No. 5, ahead of UC Irvine, which dropped to No. 6.

Harvard, which challenged UCLA in the NCAA final six, received votes in the final poll, but fell three points short of breaking into the rankings behind No. 15 Fort Wayne (22).

Rankings should reflect performance, so being ranked ahead of some team that shouldn’t have been there in the first place, I find no peace with that. MHO