UCLA Cruises Past Arizona State Behind May, Gates 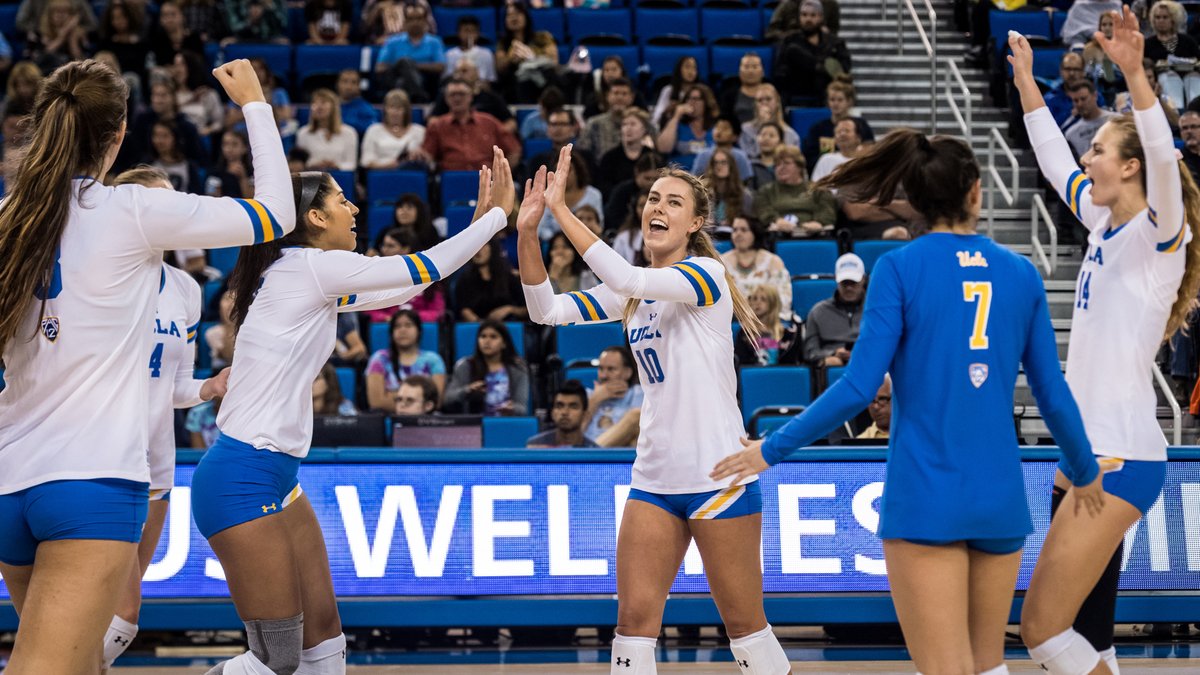 No. 23 UCLA continued its recent dominance of Arizona State, winning its seventh straight in the series and 13th in the last 15 meetings with a sweep on Wednesday.  Current Photo via UCLA Athletics

No. 23 UCLA continued its recent dominance of Arizona State, winning its seventh straight in the series and 13th in the last 15 meetings with a sweep on Wednesday.

UCLA doubled the offensive output of Arizona State (44-22 in kills), while playing a much cleaner game, hitting .293 to ASU’s .054 effort. Seven aces also aided the Bruins in the victory.

Mac May downed a match-high 13 kills and served up four aces for UCLA, while Madeleine Gates added 12 kills and four blocks, while hitting at a match-best .476 clip. Kylie Miller guided the Bruin offense, while turning in a 33-assist, 13-dig double-double.

Arizona State started the match with a 5-3 advantage, but UCLA turned it on from there, rattling off five straight points and 17 of the next 20 to cruise to a 20-8 lead. Gates managed two kills and two blocks in the spurt, while May downed five kills. The Sun Devils scored four of the next five, but it was not enough as the Bruins wrapped up the 25-13 win with a 4-1 run of their own. A Jenny Mosser kill gave the home side the win on its second set-point chance. ASU hit -.103 in the set (4-7-29), while UCLA hit at a .333 clip.

UCLA planted a flag in Set 2 early, scoring the first eight points including two Mosser kills and an ace by May. Sown eight at 13-5, Arizona State began chipping away, cutting the margin to two at 14-12. Two blocks and four Bruin errors aided the rally. The teams traded points over the next 10 serves, leading to a 21-19 score. From there, UCLA closed out the win on a 4-1 run including a kill and a solo block by May.

The teams stayed close for the first half of Set 3, with UCLA boasting a slight edge at 8-7. The Bruins used a 6-2 run from there to go up by five at 14-9. The Sun Devils were within four at 15-11, but that just sparked a final 10-3 run for the home team. The Bruins scored seven in a row to kick off the final stretch, including three Gates kills and a putdown and an ace by Mosser. Another Gates putaway put UCLA on the hill for the match at 24-13. May closed the door two points later at 25-14. UCLA hit .500 in the final set, while limiting ASU to a .192 clip.

Next up, UCLA welcomes Arizona to Pauley Pavilion on Friday. Arizona State remains in Los Angeles to face USC on Friday.