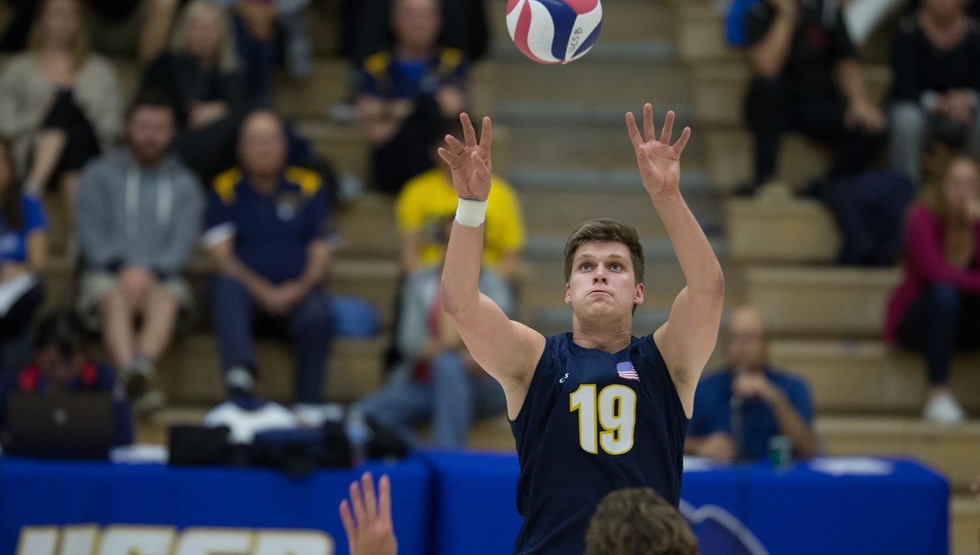 With a sweep of Stanford on Saturday, Long Beach State moved to 7-0, maintaining its hold on the top spot in the AVCA Coaches Top 15 poll.  Current Photo via UCSB Athletics

With a sweep of Stanford on Saturday, Long Beach State moved to 7-0, maintaining its hold on the top spot in the AVCA Coaches Top 15 poll.

UCLA, Hawaii, Ohio State and BYU round out the top five. The Bruins are standing tall at No. 2 at 7-0 after wins over UC San Diego, Penn State and Ohio State.

Hawaii meanwhile moved up a spot to No. 3 despite having the week off. The rankings could possibly shake up next week as UCLA and Hawaii face off in a pair of weekend contests in Honolulu.

Ohio State also checks in at No. 3 despite the loss to UCLA, buoyed by a four-set win over USC.

For its part, BYU posted a pair of home sweeps against Barton to move to 5-1.

UC Santa Barbara broke into the Top 15 after topping Pepperdine on the road in four sets. The Waves dropped two spots from 10 to 12 with the loss.