UNI, Illinois State Begin Second Half of MVC as 1-2 in the Standings 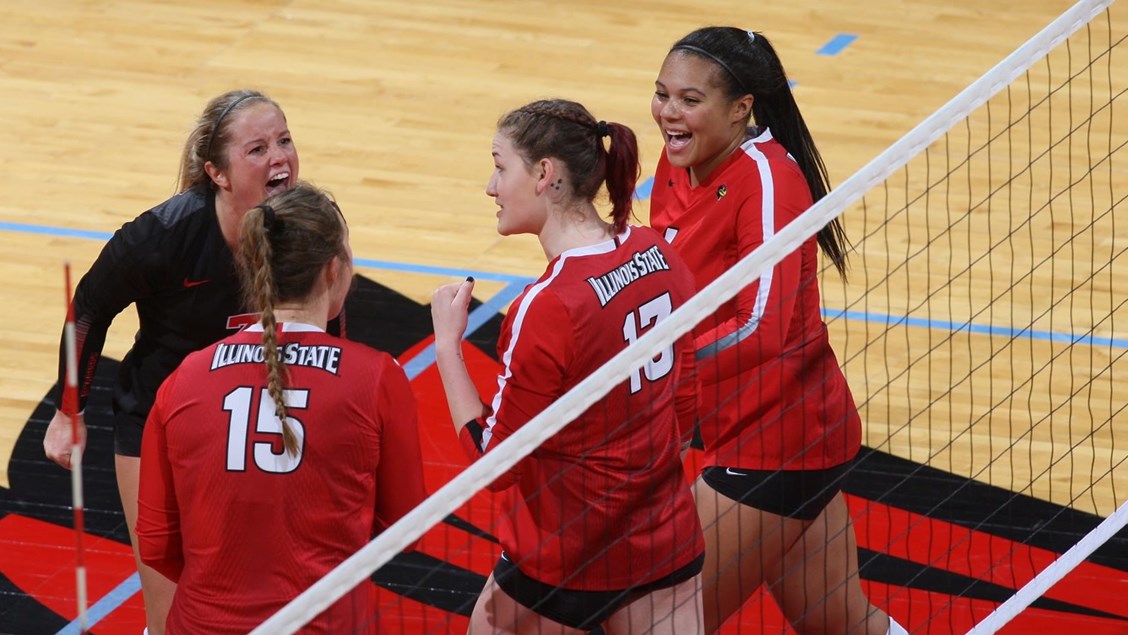 UNI maintained its lead at the top of MVC standings with a win over rival Drake in league play Friday. Illinois State (10-1 MVC) sits just a half game behind UNI in the race for a MVC crown with just one month remaining in the regular season.  Current Photo via Illinois State Athletics

UNI maintained its lead at the top of MVC standings with a win over rival Drake in league play Friday. The Panthers (10-0 MVC) have won nine of their last 10 matches heading into this week’s action with the only setback coming on Sunday against #18 Marquette.  Illinois State (10-1 MVC) sits just a half game behind UNI in the race for a MVC crown with just one month remaining in the regular season.  The Redbirds earned wins over Bradley, Southern Illinois and Missouri State during the week.

Perfection in League Play
UNI remains unbeaten in MVC action after another perfect week of league play, sitting at 10-0. The last time UNI opened MVC play 10-0, they went on to finish 18-0 in league play in 2011, which was the program’s third straight 18-0 MVC campaign.  The Panthers have only dropped seven sets in league play, posting a 30-7 mark in conference sets.

Redbirds Keeping Pace
Illinois State’s start to league play matches its best since 2014, when the Redbirds won the MVC outright with an 18-0 record. Illinois State is currently riding a six-match win streak and improved to 7-0 at Redbird Arena. The only season that the Redbirds went unbeaten at home in program history was also in 2014 (10-0).

Historic Stretch
Bradley has possession of third-place in the MVC standings. Bradley’s four-set victory over defending MVC champion Missouri State gave the Braves their first sweep of the regular-season series with the Bears since 1999.  The Braves had not swept any Valley opponent during the regular season since 2013 and already have two sweeps to their credit after a three-set victory over Southern Illinois Saturday.  Bradley swept the regular-season series from three MVC foes in 2013, which was the last time the Braves reached the Valley Tournament. Bradley’s current 12-match home win streak is the longest in school history, surpassing the previous longest home win streak in program history of 11 set during a 32-10 season in 1985.

Big Turnaround
Bradley and Loyola are two of just four teams in the country to have an eight-win improvement from last year through matches of Oct. 21.  Joining the Braves and Ramblers in the exclusive group are Stetson (9) and Florida International (8).

Another 20 Win Season
The pair of wins last weekend gave Valpo 20 wins this year, the 15th time in Avery’s 17 seasons that Valpo has won 20 or more matches. This year marks the seventh time out of Avery’s 15 20-win teams that the program has reached 20 wins within the season’s first 25 matches. Valpo is one of seven teams nationally with 20 or more wins this season (Through Oct. 21), joining BYU, Pittsburgh, Texas State, SFA, Denver and Austin Peay.

NCAA RPI Report
The latest edition of the NCAA RPI report has been released and The Valley has three teams featured in the top-65. UNI leads the league at No. 20, while Illinois State (No. 40), and Valparaiso (No. 62) are also among the nation’s top-65.  Four other teams rank in the Top 125 (Bradley, Drake, Loyola and Missouri State). As a conference, The Valley ranks eighth among 32 conferences.

AVCA Top-25
UNI continues to receive votes in this week’s AVCA Top 25 poll.  The Panthers are receiving 23 points in the poll and sit 27th overall entering this week’s action.