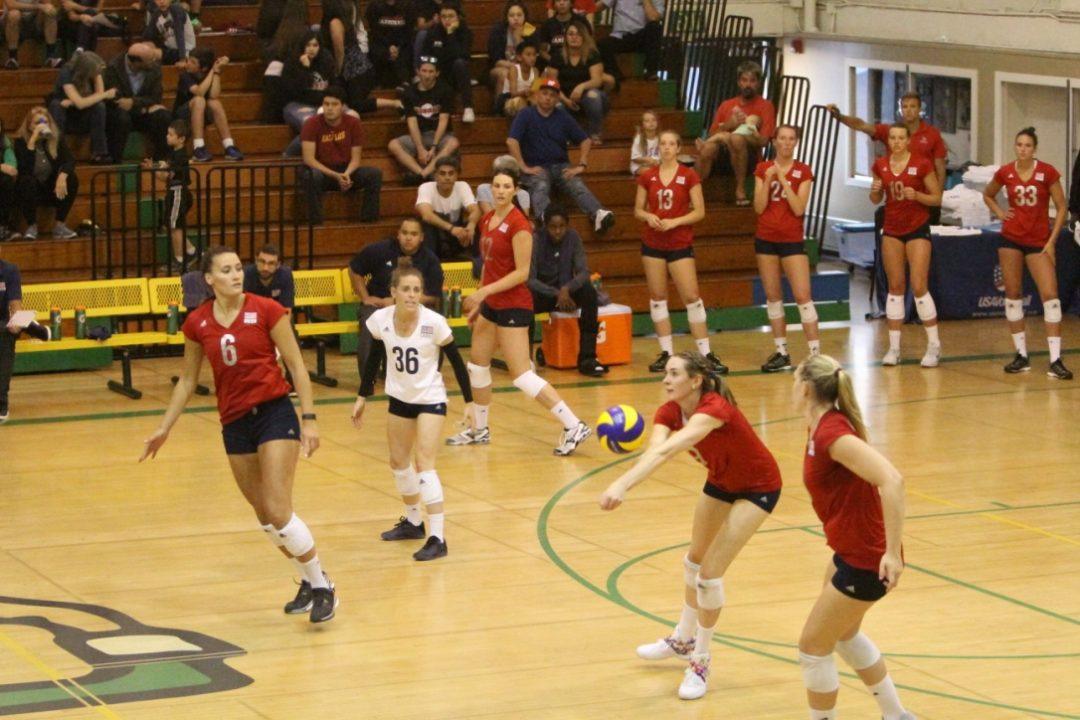 The USA women’s national team took on Canada in a friendly exhibition contest. USA utilized a new roster with many players making their first-ever appearance with the senior national team and were able to sweep Canada 4-0; 25-21, 25-22, 27-25, 25-11.

The two setters for the contest were Lauren Carlini and Micha Hancock. Carlini finished with 2 service aces and 1 block, while Hancock had 3 service aces, 2 blocks, and 1 kill.

Justine Wong-Orantes and Amanda Benson were the two active liberos for USA in the contest. Wong-Orantes had 16 receptions with a 62 positive percent. Benson also passed well for USA, finished with a 50 positive reception percent on 8 receptions.

Head Coach Karch Kiraly was pleased with the learning opportunity that his team was given, “There are some real positives. We had a good, long six weeks training block before this and we did some nice things. With the stress of competition and a live crowd – some of our habits are harder to stay with, and so some of our habits broke down too. That is a great opportunity. But we had some positives in every phase of the game. Our passers were passing at a much higher level than they have in the last few weeks. So the work they have been putting in is really good.”

USA’s tough serving gave them an 8-0 advantage in service aces, while also out-blocking Canada 10-8. USA hit .246 percent as a team behind the setting duo of Carlini and Hancock.

Seven players made their debut with the senior national team – Benson, Drews, McMahon, Rolfzen, the Tapp twins, and Wong-Orantes. Bartsch was the only player that had competed at this level for USA in the past.

USA now looks to continue this success at the Pan Am Cup, which starts this weekend. Team USA is in Group A and will have matches against Venezuela, Colombia, Puerto Rico, Mexico, and Argentina.