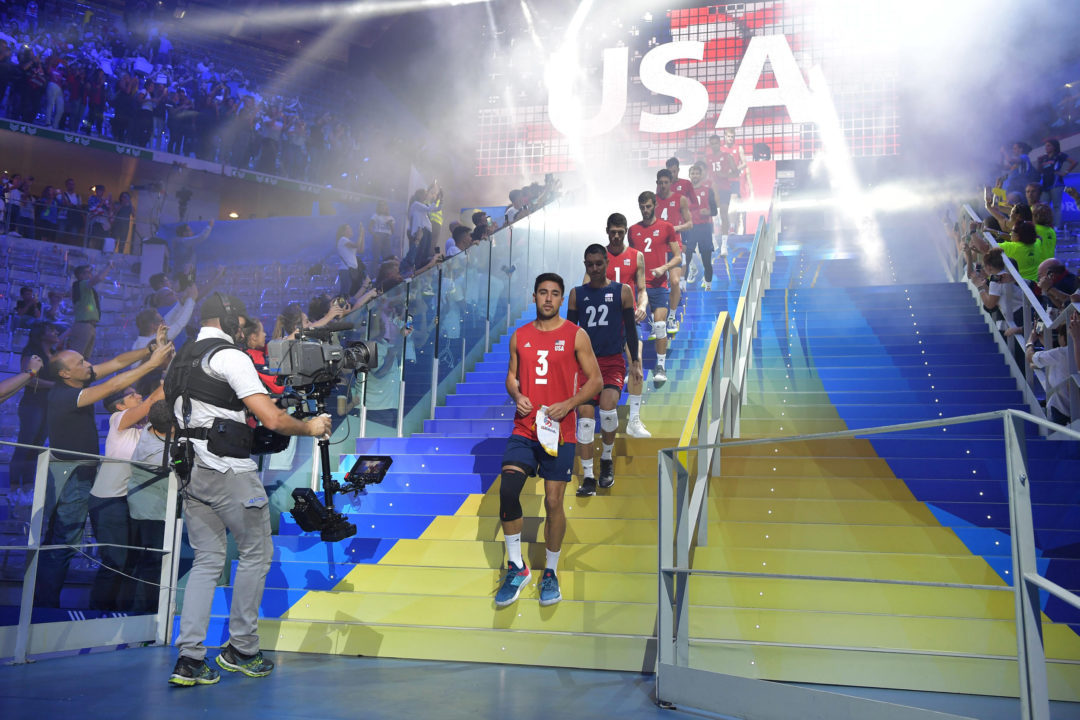 For the first time, the USA Volleyball Men’s National Team will hold a tryout in 2018. While the U.S. Women’s team has held tryouts for years, the men haven’t – largely due to a smaller group of players to choose from.

Among the teams being chosen will be 3 Collegiate National Teams, one of which will be the one representing the United States at the 2019 World University Games (Summer Universiade) in Naples, Italy. The American men haven’t medaled at the WUGs since 2007, and have won once: in 2001.

To be eligible for the tryout, athletes meet the following criteria:

Those chosen for the Men’s  Senior National Team will begin training in the spring of 2019, or when their scholastic or professional club seasons have ended. The Americans took a bronze medal in the major tournament of 2018: the Men’s Volleyball World Championships.

U.S. Men’s Senior National Team – Athletes who have concluded their college eligibility and who wish to be invited to be a member of the U.S. Men’s Volleyball National Team on a full-time basis are required to take this tryout process. Men’s National Team Training could begin as early as the spring of 2019, or when an athlete’s scholastic or professional club season has concluded.

Athletes who have remaining college eligibility are still in contention and evaluation for the Men’s Senior National Team. Their participation will begin in mid-May or when their scholastic calendar ends for 2019.

Read the details on the Collegiate National Team programs. Dates are tentative.

**All three CNT programs are considered extended tryouts for the U.S.Men’s National Team and are thereby eligible for necessary expenses to be paid for by the athlete’s school if that school so chooses.

U.S. Men’s Junior National Team (MJNT) – Athletes born in the years 1999 and 2000 only are eligible for the Men’s Junior National Team. The MJNT will be representing USA in an international qualifying event in the spring/early summer of 2019 for a bid to the FIVB U21 World Championships in Bahrain. Athletes from this age range will be eligible for both the qualifying team and the World Championship team through this tryout process.

Are they this rattled that Jake langlois made it onto a national team?

Not Jake Langlois – I’ve edited your username to include the “Not” – please don’t try to impersonate real people in the comments, thanks!