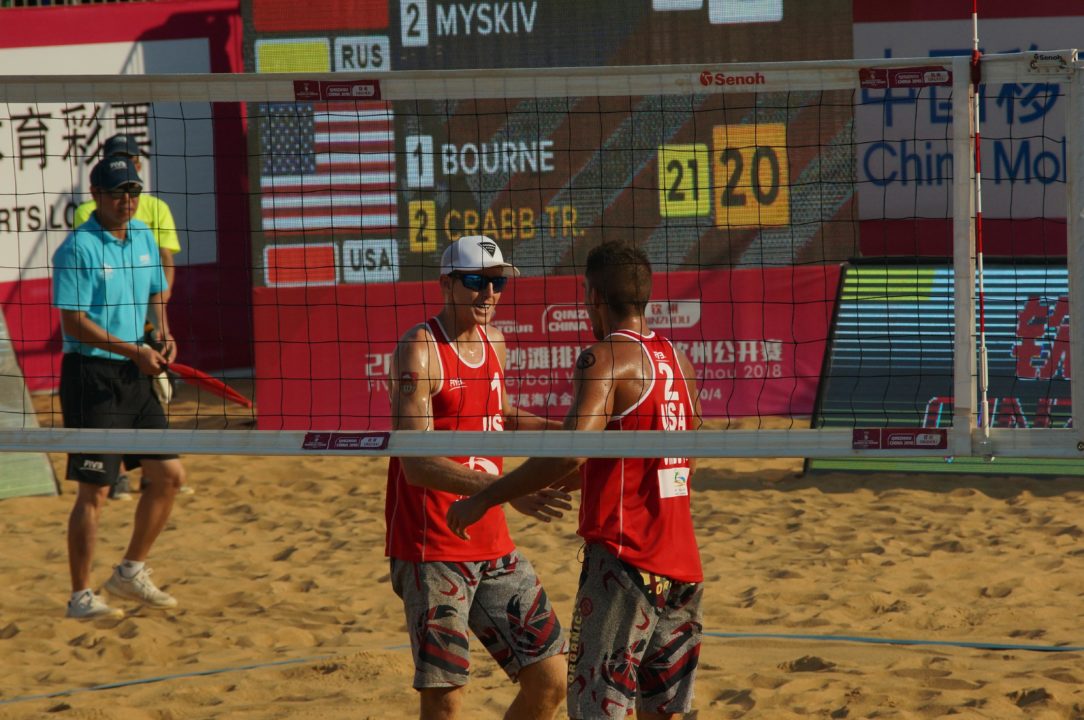 After falling in straight sets in Pool H play, Americans Tri Bourne/Trevor Crabb exacted their revenge with a crushing blow against Russians Taras Myskiv/Valeriy Samoday in the Qinzhou gold medal match on Saturday.

Bourne/Crabb won 21-18, 21-9 to claim the title and stamp Bourne’s return to international play after more than two years away from the game due to an autoimmune disorder. The Qinzhou tournament is Bourne’s first FIVB effort since the World Tour Finals in Toronto in September 2016.

The pair played three AVP events in 2018, posting their best effort, a third place finish, at the Hawaii Invitational.

“We played them in pool play and they beat us, so we were expecting a tough match,” Crabb said. “We knew that we had to have a better game plan, which kind of showed after that first set. Tri Bourne was awesome and we’re so happy that we won the gold. We were both aggressive on defense and blocking, and we sided out consistently.”

For Bourne, the win was signified more than just playing well.

“It was a huge victory for me and Trevor,” Bourne said. “This is the first FIVB World Tour event for me in two years, so it just means a lot to me to play at this level.”

The silver medal gives Samody/Myskiv third straight medal in as many tournaments as a pairing, following golds at the Ljubljana and Vaduz One Star events in August.

“It’s a great feeling to be winning our first medal on an FIVB World Tour event,” Koekelkoren said. “We had a tough loss yesterday. We knew that we could beat the American team, but we did not have consistency and we made mistakes.

“We made a quick evaluation yesterday and tried to get our heads clear for this game because we know Australia can play a great game. The temperature was really high today and we saw that they struggled, so it was part of our tactic to make the move.” 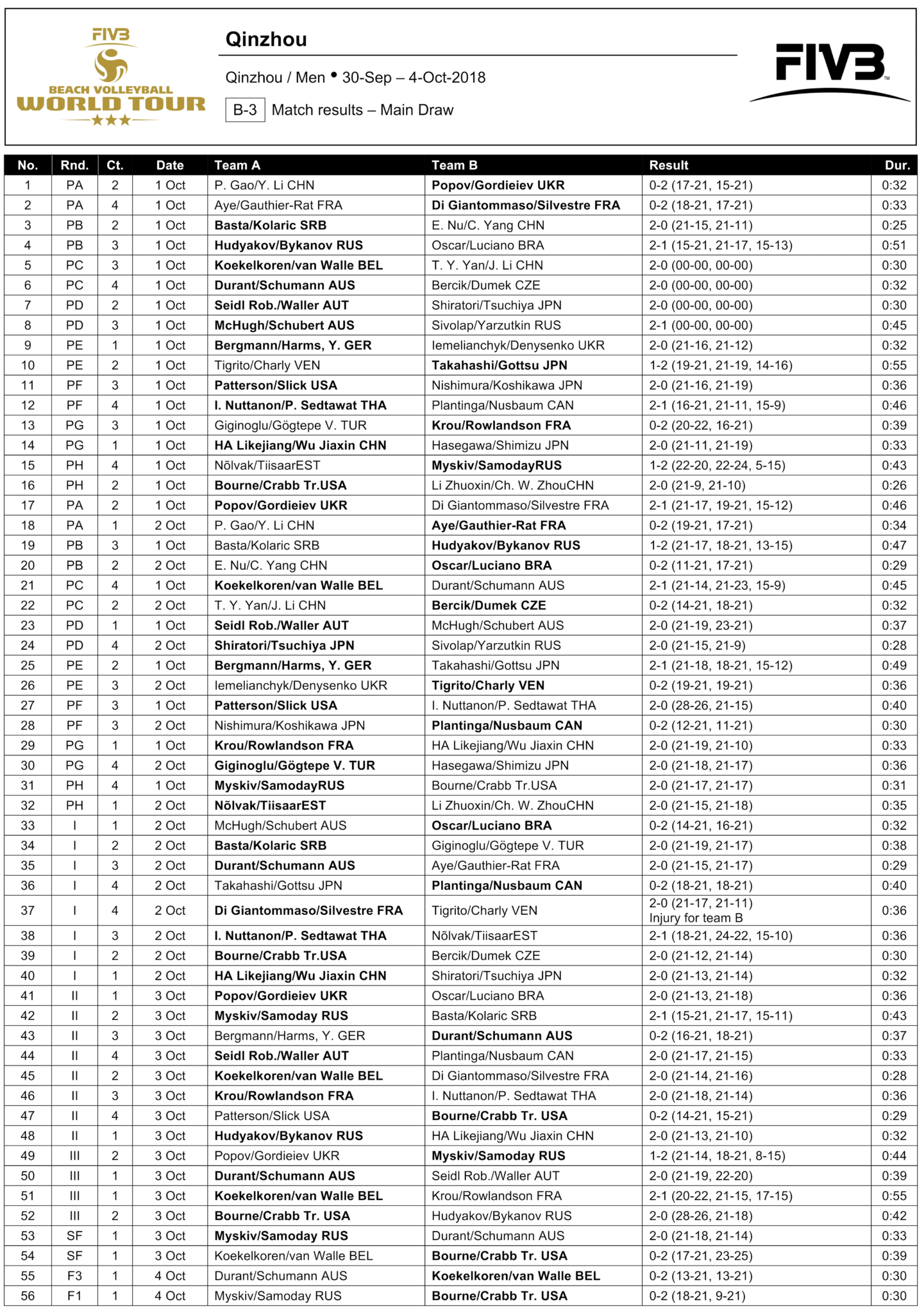