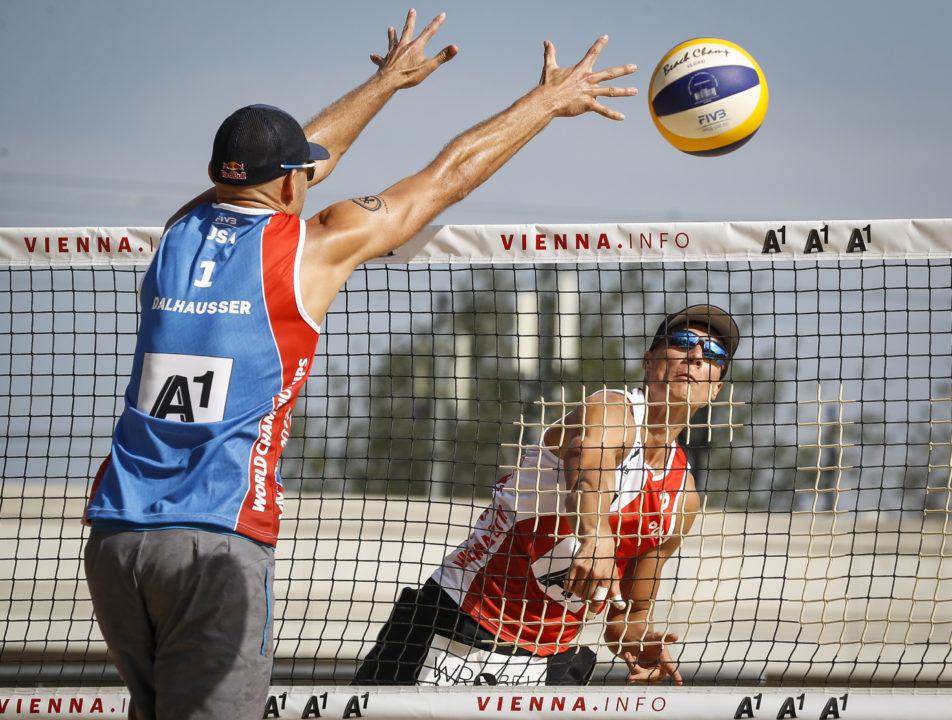 USA’s Phil Dalhausser and Nick Lucena roll through Poland’s Mariusz Prudel and Kacper Kujawiak in straight sets to take Pool C 2-0, (21-12, 21-19). Dalhausser/Lucena will automatically move on to the Round of 32, while Prudel/Kujawiak will have to fight through the Lucky Losers round to make the elimination portion of the tournament.

Dalhausser/Lucena pushed all but three serves to Kujawiak in the entire match, forcing him to hit around a large, dominant Dalhausser block. Both of the Poles struggled to find a place for the ball on the court going around the block. Though, they found the sand with deep shots to the back line and to the sidelines, going around the block.

The American’s were successful on the serve and attacking, being more efficient than the Poles were. Dalhausser is known for his blocking, therefore, he doesn’t hit the ball much. In the match he had four kills, all coming in the first set on a perfect string of attacks. Lucena was able to find the open shots around the court as he tended to hit around the block to each sideline.

“We won our pool but it hasn’t been smooth, so we have to play better to make it deep in this tournament. Sometimes we just aren’t in rhythm and the last few matches we haven’t been in rhythm,” said Dalhausser.

The American’s only went to three sets once in the tournament so far, but have given up a lot of points that could have hurt their chances at avoiding the Lucky Losers if they had dropped the match.