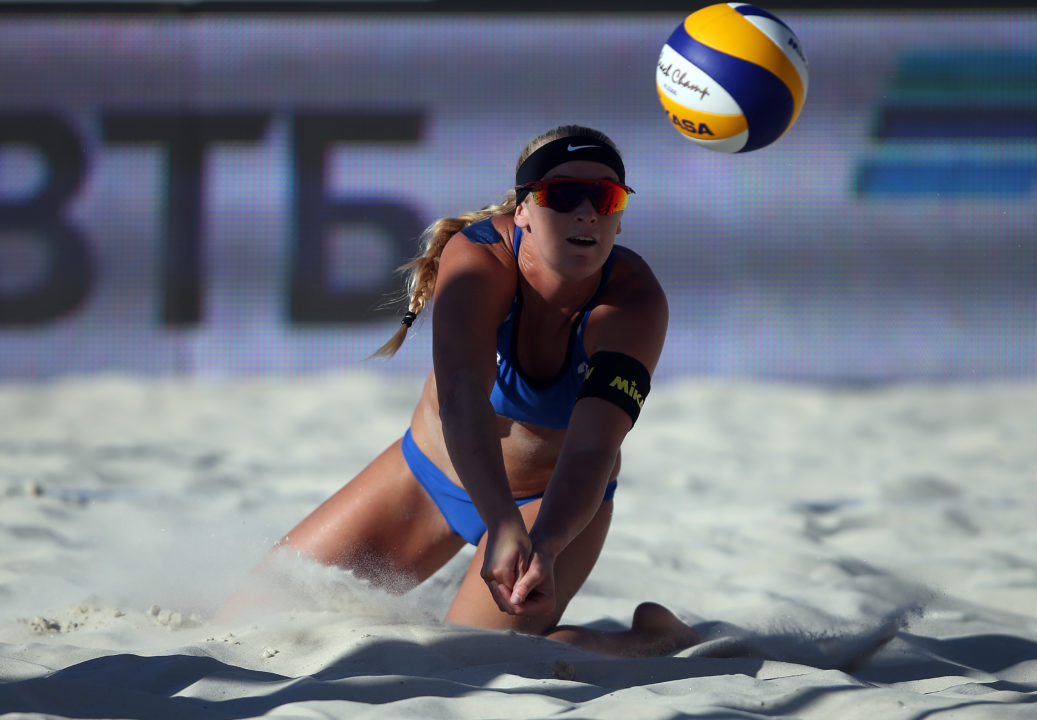 The race for the Moscow Four Star gold is down to two women's teams: Americans Summer Ross/Sara Hughes, who are in their first year together, and Brazilian power duo Agatha Bednarczuk/Eduarda 'Duda' Santos Lisboa, who teamed up in January 2017.  Current Photo via FIVB

The race for the Moscow Four Star gold is down to two women’s teams: Americans Summer Ross/Sara Hughes, who are in their first year together, and Brazilian power duo Agatha Bednarczuk/Eduarda ‘Duda’ Santos Lisboa, who teamed up in January 2017.

Ross/Hughes, the No. 9 seed in the tournament, faced fellow Team USA representatives No. 5 April Ross/Alix Klineman in the quarterfinals to start Saturday’s action, winning 21-18, 21-19. In the semifinals, the duo took down third-seeded Germans Chantal Laboureur/Julia Sude 23-21, 21-14 to earn the shot at gold.

“That team is so great and they are fierce competitors,” Hughes said of Laboureur/Sude. “Summer and I went out and our goal was to play our best and our hardest, and that is what I think we did today.”

“It is crazy because she turned 20 ten days ago so she is very young, but is already playing at a high level,” Agatha said of her partner. “She is learning all the time, in every game and every tournament is like a lesson for us. That is why we are playing in this tournament even though we are already going to the FIVB Beach Volleyball World Tour Finals in Hamburg next week.”

A victory would give Ross/Hughes their first FIVB Tour title and second FIVB medal, following bronze at the Espinho Four Star on July 7.

Laboureur/Sude will take on Betschart/Huberli for the bronze on Sunday at 8:50 a.m. ET.

The Germans are looking for their fourth podium finish of the year, following silvers at the Gstaad Major (July 15) and Warsaw Four Star (July 1) and bronze on Huntington Beach (May 6).

The Swiss, which were the runners up at the CEV European Championships on July 21, are looking for their first FIVB podium finish since a third-place showing at the Hague Four Star on Jan. 7.