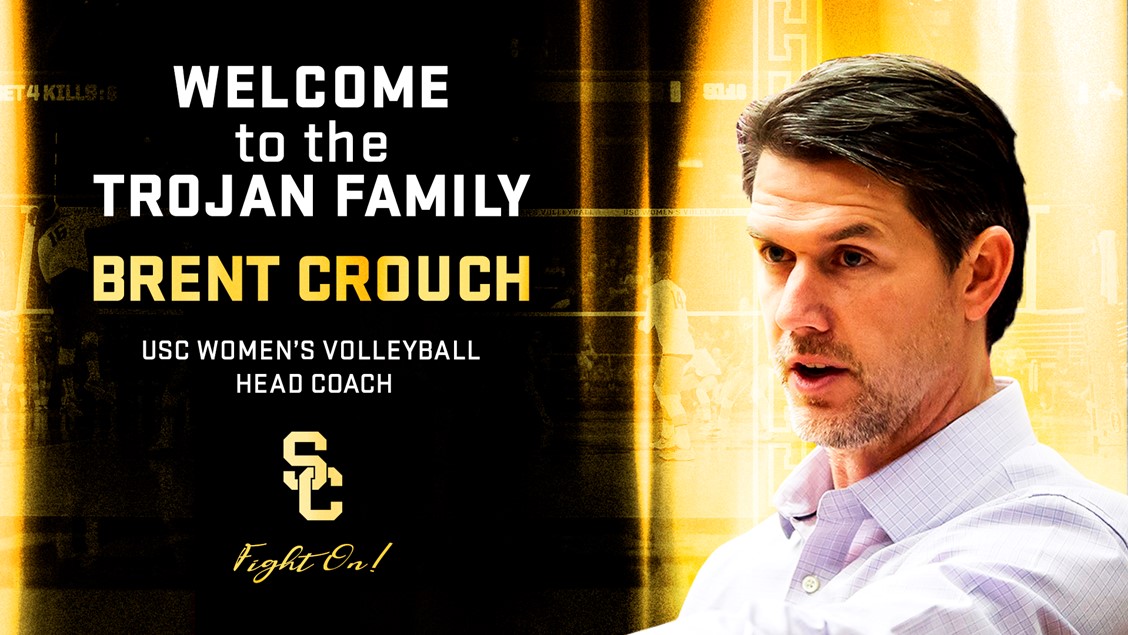 USC has announced the hiring of Brent Crouch as their new head coach. Crouch joins the team from the University... Current Photo via USC Athletics

USC has announced the hiring of Brent Crouch as their new head coach. Crouch joins the team from the University of Portland.

Crouch replaces outgoing coach Mick Haley, who “did not return” to USC after 17 seasons that included 2 national championships. In an interview with VolleyballMag, Haley accused the university of forcing him out because of his age.

Crouch took over the program at Portland in 2014, where he inherited a team that went winless the prior season. Within 2 seasons, he had led the pilots to their winningest season in 25 years with a 16-15 record in 2015. A year later, the team did even better and finished 17-13, and in 2017 they were an even 15-15. He is also credited with helping to establish the varsity beach volleyball program in 2016.

He now joins a USC program that peaked at the right time in 2017. They entered the NCAA national championship tournament as the #10 seed, and advanced all the way to the Regional Final (“Elite 8″) before losing to Florida in 5 sets. The team’s overall record was 25-10 on the season (14-6 in the Pac-12),

The 43-year old Crouch spent 4 seasons as head coach of the beach team and as an assistant with the indoor team at St. Mary’s from 2010-2013. Internationally, he was an assistant for the U.S. Collegiate National Team in 2016 and worked with both the indoor and beach programs within the USA Volleyball High Performance programs.

“USC women’s volleyball is a premier program and USC is a premier academic institution located in the heart of the best volleyball in the world, indoor and on the beach,” Crouch said. “I look forward to arriving on campus, meeting the team and the incoming players, and, of course, getting on the court and working. It is time USC gets back to the Final Four and beyond. Fight On!”

Crouch graduated from Texas A&M with a degree in history in 1998 and a master’s in philosophy in 2000, and then completed a doctorate in philosophy from Oregon in 2006. He has held teaching positions at Oregon, San Diego City College, and St. Mary’s.

A surprise selection, but welcome to USC. Visions of greatness await . Fight On!