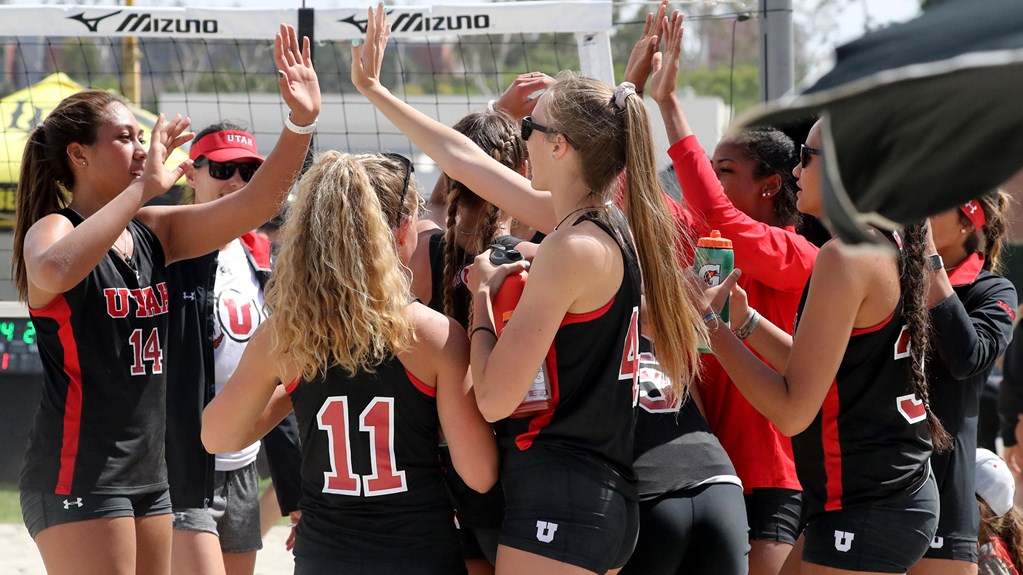 Utah, who went 4-10 overall in the regular-season, earned the No. 8 seed in the tournament and will match up first with No. 9-seeded Oregon (2-8).  Current

PALO ALTO, Calif. – The Utah beach volleyball team is set to compete at the 2018 Pac-12 Beach Volleyball Championship, which will take place this Thursday-Saturday, April 26-28.

The Pac-12 Championship will be played at the Stanford Beach Volleyball Stadium. Play begins Thursday and Friday at 8 a.m. PT with the last dual of the day slated for 4:45 p.m. PT on both days. Saturday’s action will begin at 9 a.m. PT with the championship match set for 3 p.m. PT.

Utah is coming off a 2-2 week where they picked up wins over Benedictine-Mesa and New Mexico in Tucson, Ariz. Despite the squad falling to both #16 Grand Canyon and No. 14 Arizona last week, Utah’s No. 1 pairing of Adora Anae and Dani Barton won each of their duals and have won seven straight duals dating back to its match against CSU Bakersfield back on April 14.

All three days of the championship will be televised on Pac-12 Network and Pac-12 Bay Area with Anne Marie Anderson and Holly McPeak calling the morning action, and Kevin Barnett and Mike Dodd in the afternoon. For additional information regarding the Pac-12 Beach Volleyball Championships, including results, television schedules and details, visit the link above or by clicking here.