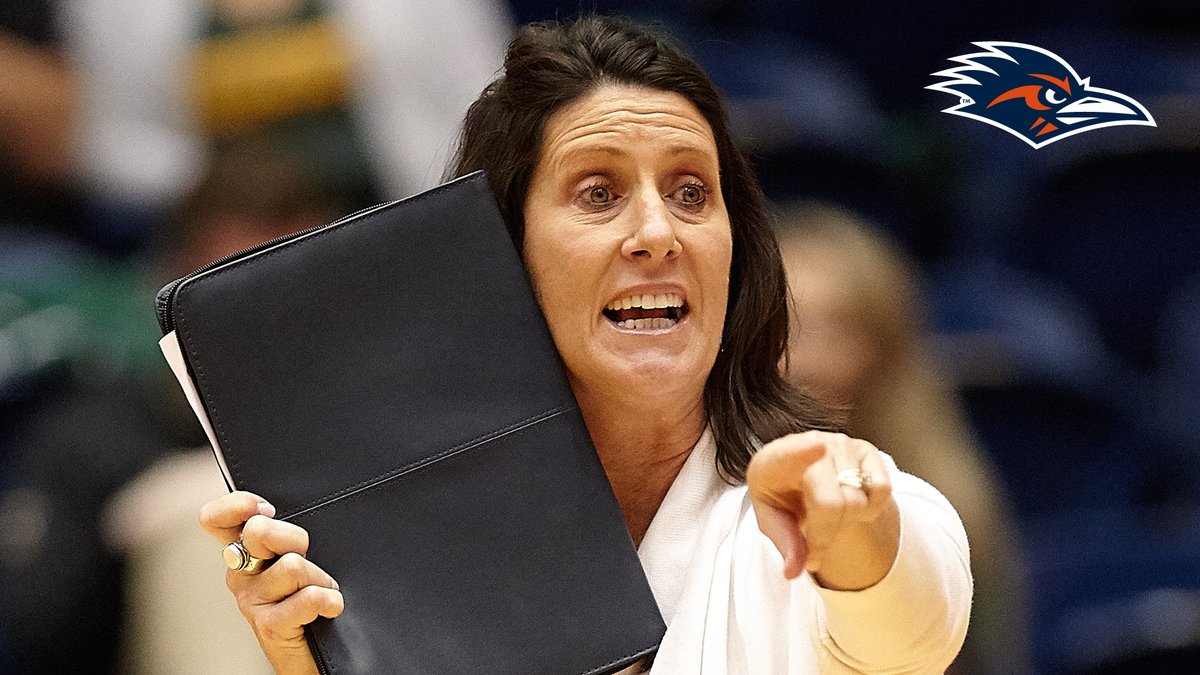 UTSA (11-5, 3-1 Conference USA) won the 300th game of the UTSA career of Neugebauer-Groff, in her 17th season as the most successful coach in program annals. A member of the San Antonio Sports Hall of Fame, Neugebauer-Groff has directed the Roadrunners program since 2002. A former All-American standout at Texas, she has a 300-199 (.601) mark at UTSA and a 556-261 (.681) overall record in her 24th year as a collegiate head coach. Neugebauer-Groff spent eight years as the head coach at St. Mary’s University [Texas], a NCAA Division II member.

UTEP (3-12, 0-3 C-USA) allowed a mid-set, 7-1 run in the first from the Roadrunners, who then rallied from down 20-24 in the second to earn a 28-26 win. UTEP was able to respond to the momentum change in the second set to post wins in the third and fourth sets. The teams swapped runs to open the fifth before UTSA outlasted the Miners to earn the win.

UTSA will return to action on Sunday at UAB at 1 p.m. CT in Birmingham, Ala.

The Roadrunners cruised to the first-set win, 25-14, getting a big game from Smith to open the match. The teams traded the first eight points, with Smith earning a pair of kills to start the day. UTSA then used a 5-1 run, including back-to-back aces from Smith, to take a 9-5 lead into a UTEP timeout. Kills from Lopez, Natalya Chatham and Teal stretched the lead to 14-6, building the advantage to 20-12. A pair of Lopez kills ended the first set with a 25-14 win.

Attacking errors (nine) and service errors (eight) doomed UTSA early in the second set, as the teams traded the first 18 points, with Froeschl, Lopez, Teal and McCulloch earning terminations. A Teal smash gave UTSA a 14-11 lead but UTEP responded to even the set at 15 and then take an 18-15 lead. UTEP took leads at 20-16, 22-18 and 24-20 late in the set before key services from Emily Ramirez and three late kills from Smith evened the set at 25. Back-to-back kills from Froeschl and Smith allowed UTSA to escape with the second-set win.

The third set started in similar fashion as the first two stanzas, with UTSA using a 2-0 run to take a 6-4 lead after an ace from Williams and kills from McCulloch. The Runners took a 12-8 lead before a 6-0 UTEP run gave the Miners a 17-14 lead. Kills from Smith and Teal allowed UTSA to keep the UTEP lead within a pair at 18-20. UTEP was able to get five of the next six points to post the 25-19 win. UTSA was held to a .077 hitting percentage in the set by the Miners.

The Runners built an early 7-4 lead after kills from Chatham and four from Smith. UTEP answered with seven of the next eight points to earn an 11-8 lead it wouldn’t relinquish, with the Runners getting as close as 14-15 after a Froeschl kill.

A 4-0 start opened the fifth set for UTSA, with Gonzales leading the way with the service, including one ace. UTEP’s 5-0 run answered UTSA’s run, with the Runners using three straight, behind service from Mia Ybarra, for an 8-5 lead. UTSA took a 14-11 lead before finishing off the win.