The new women's National Excellence Program in Richmond, BC will be led by Richard Schick - who most recently spent 12 years as the head coach of the UBC men's varsity team. Archive Photo via popejon2 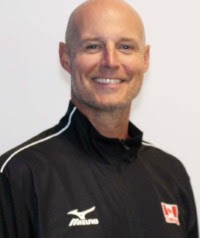 Volleyball Canada’s new National Excellence Program in Richmond, British Columbia is up and rolling with the appointment of its first head coach – Richard Schick. Schick spent 12 years as the head coach of the men’s team at UBC where in the 2007-2008 season, he led the program back to the CIS (now U Sports) National Championship tournament for the first time in 18 years. He was eventually terminated over the team’s performance.

Before UBC, he was the head coach his alma mater the University of Alberta, where in 2 years he led the team to a title and runner-up finish in the CIS. He also has coaching stops at Red Deer College, who in his first shot as a head coach he coached to the Canadian College Athletic Association National Championship in 2001; as the head coach at the University of Alberta, and has spent time with the Junior National program.

This is the first year that the Women’s National Team program will be based out of the newly-renovated Richmond Oval in BC. The facility was originally built to host speed skating at the 2010 Winter Olympic Games, but was transformed to a volleyball facility in time for Canada to host a pool in Group 2 of the FIVB World Grand Prix from July 21-23.

The Canadian women’s team, whose head coach is Marcello Abbondanza, hasn’t been on the same improvement curve, however. They finished 20th at the Grand Prix, which is their lowest-ever finish in the 5 Grand Prixs they’ve participated in, they haven’t qualified for the Olympic Games since 1996, and the team was just 6th at the Pan-American Cup – which matched their finish from 2016 and 2014 and was a spot lower than their 5th-place finish in 2015. They will wrap up the season at the Women’s World Championship Qualifier in Langley, British Columbia, beginning on September 26th. There they will play in Pool B alongside Cuba, Nicaragua, and Saint Lucia. The top two teams in each pool will qualify to play at the 2018 FIVB World Championships.