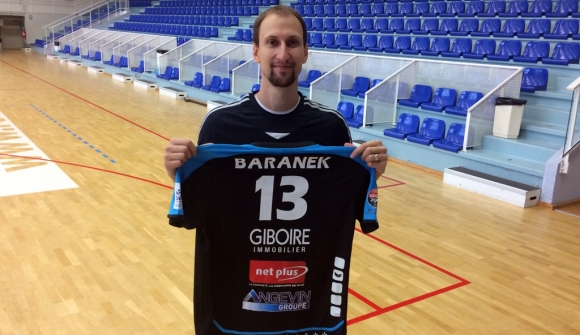 Kamil Baranek has replaced the injured Greg Petty on the Rennes 35 Volley roster and will be eligible to play immediately. Archive Photo via http://www.rennesvolley35.fr/

The 34-year-old former Czech national team player, Kamil Baranek, has been brought in as a medical replacement for Greg Petty, who seriously injured his knee in Rennes 35 Volley‘s first match of the season against Paris Volley. Petty, a former first-team All-American while at Lewis University, had just transferred in to the French side after professional stops in Finland and Greece.

After three seasons in the second division, Rennes Volley 35 returned to French Ligue A for the 2017-2018 season, but the side has yet to rebound from the loss of Petty, dropping their first three matches and winning only a single frame against Arago de Sete. The 6-5 (198 cm) Baranek has been declared eligible for the side’s Saturday, November 11 match against Tourcoing Lille, which will be streamed live at 8 p.m in France (2 p.m. ET/11 a.m. PT).