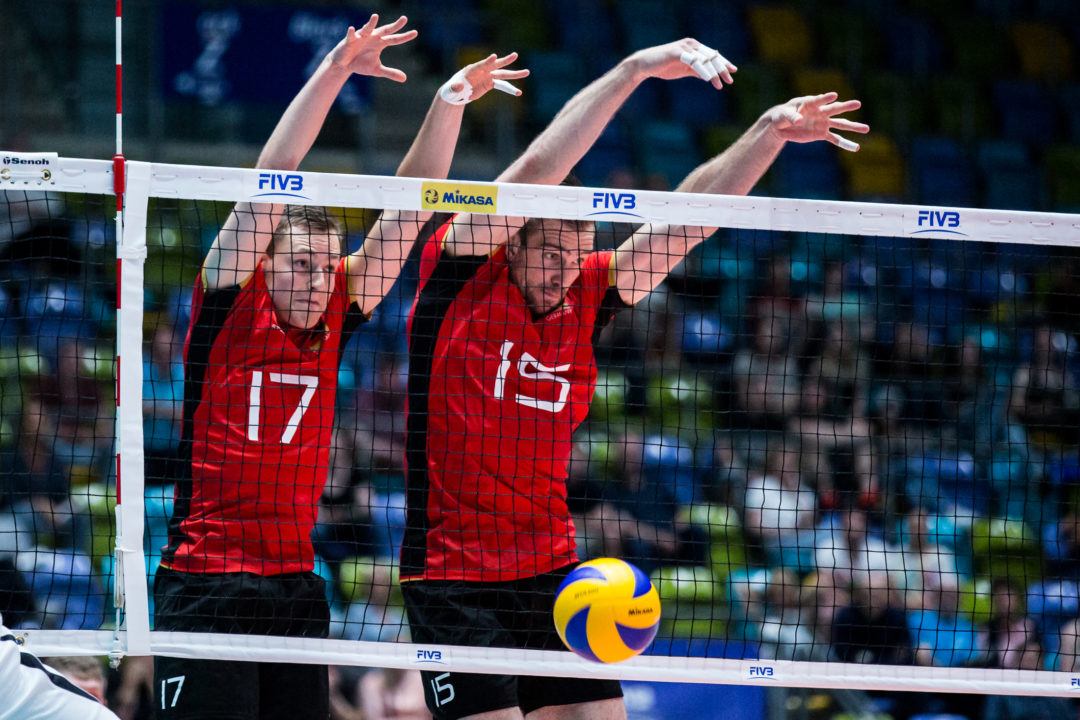 Middle blocker Tim Broshog (15) will be reunited with Dirk Westphal on SWD powervolleys Duren. The two won bronze for Germany at the 2014 World Championships. Archive Photo via Courtesy FIVB

With the addition of 31-year-old outside Dirk Westphal to the SWD powervolleys Duren, new head coach Stefan Falter will have the resources of another member of the German national team that brought home bronze in the 2014 World Championships. Middle blocker Tim Broshog was also on that team.

Westphal brings nearly a decade of experience playing professionally outside his native Germany, having competed most recently for Shahrdari Tabriz in Iran (where he was the first-ever German to play in that highly regarded league). Before that, Westphal played for Nantes Rezé Métropole in France, Czarni Radom in Poland and Knack Roeselare in Belgium.

With the addition of Westphal, the SWD Duren Powervolleys roster is set for the upcoming season, which kicks off its 2017-2018 campaign against Berlin Recycling Volleys on October 14.