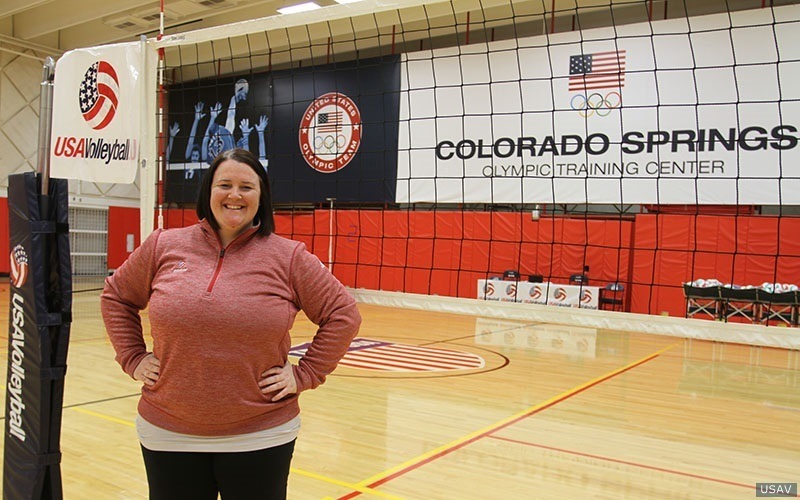 United States women’s national team head coach Karch Kiraly has announced another addition to his staff. Erin Virtue, associate head coach at Northwestern University, has been named as a consultant assistant coach for the team.

“Erin has done strong work coaching and supporting USA programs over the long haul, but she’s much more than that,” Kiraly said. “She’s dedicated to helping the people around her be the best version of themselves, and doing so with integrity and skill. Since that’s a prime aspiration here, that makes Erin a great fit, and makes us excited to see where our work together can lead.”

Virtue, who will continue to coach at Northwestern in a dual role, is in her second season with the Wildcats after spending five years at the University of Michigan.

“I am truly honored and humbled to be called up to work with Karch and staff throughout this quad,” Virtue said. “I am excited to learn under Karch, as well as provide my best efforts for our USA athletes and the entire USA program in preparation for the 2020 Olympic Games.”

Virtue is no stranger to high level volleyball within the national team programs. She was head coach for the USA Girls’ Youth National Team that captured silver at the 2016 NORCECA Women’s U18 Continental Championship and qualified the U.S. for the 2017 FIVB Women’s U18 World Championship. Virtue has spent 11 years coaching in the High Performance program, working with the U16, U18 and U20 athletes.

An AVCA Honorable Mention at the University of Illinois (2001-05), she was a member of the U.S. Women’s National A2 Team in 2004 and trained with the U.S. Women’s National Team until moving into the coaching realm in 2006.Virtue got her start in coaching at Loyola-Chicago before moving on to spend four years at the University of Cincinnati. She then helped Michigan to the NCAA Final Four in 2012, the first of her five seasons with the team. Virtue joined head coach Shane Davis’ staff at Northwestern in 2016.

Virtue is one of only three coaches to earn the American Volleyball Coaches’ Association’s “30 Under 30” award three times, which is presented annually to honor up-and-coming coaches at all levels.