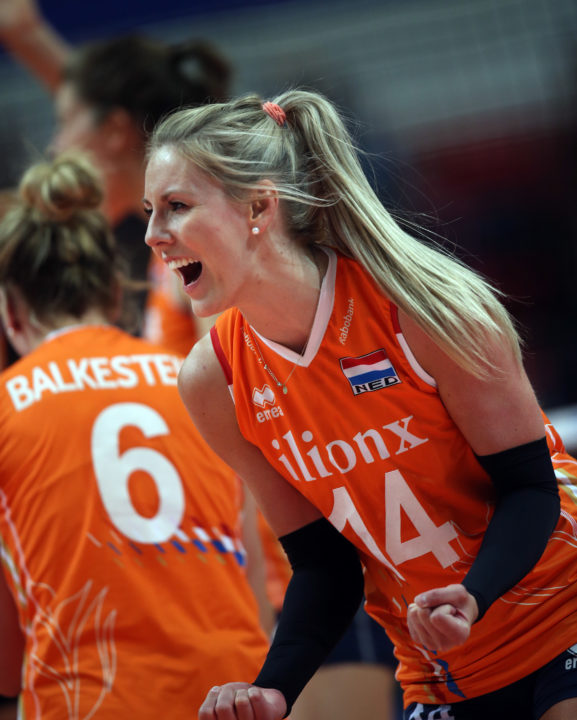 Pool 9 features three top 10 teams in the FIVB World Rankings who have not disappointed and gone a combined 14-4 thus far in the Volleyball Nations League. Those three will duel it out with heavy implications on the line in the standings at the top, while Poland looks to steal a match or two as they have done thus far. Considering the Polish side is 2-4 and is the lowest ranked team in the pool, this group has all kinds of balance throughout and should be one of the more competitive.

Brazil has set themselves up nicely, but with an amazing five teams at 5-1, there isn’t much room for error. Of course, another in that quintet is Netherlands, who also sits at 5-1 with their only loss coming to the United States. The Brazilians and the Dutch appear to be the favorites in this pool because of that, with the winner re-affirming their top position.

The loser of the pool could drop to a spot where South Korea is right now – a solid 4-2 record, but in a tough spot to make the elimination round because of the wealth of 5-1 teams and a spot taken away by host China, who sits in eighth. Korea will be looking to make a move this week, as even a 2-1 week would do wonders considering they would get a victory over either Netherlands or Brazil.

Rounding out the standings for teams in the pool is Poland, who sits at 2-4. They will really have to start making a move now, and likely need to win all three matches to keep alive their final round opportunity. More likely is that they can play the role of a spoiler and continue to use this opportunity to grow.

If any team goes 3-0 in this pool it would be gigantic for their postseason chances. For Brazil and Netherlands, it would mean an 8-1 start and a near clinching of a playoff spot. It would mean even more for Korea, who currently sits just outside of the final round. Finally, for Poland, it would change their narrative and keep them alive in the overall picture.

Another possibility in this pool would be seeing a three-way tie in terms of wins with Brazil, Netherlands and South Korea going 2-1. The results of each of those teams will have a steep impact on the top of the standings and who makes it into the final round in a few weeks. A 1-2 or 0-3 week for either of the top three could be debilitating with the amount of high-win teams, so the pressure is on in Pool 9.

It’s hard to distinguish who is the favorite in the pool to have that strongest week, as Brazil and Netherlands are both 5-1. The South American side has won five consecutively since their opening loss to Germany and are the highest ranked team in the world rankings. The Dutch on the other hand aren’t too far behind and are the hosts of this group, so should have one of the best fan bases on their side.

South Korea and Poland will serve as the dark horses in this group, mainly the Asian side. In terms of point ratio, Korea actually sits at fourth in the overall standings. Unfortunately, two of the teams in front of them are in this pool in Brazil and Netherlands. Still, they should be quite competitive, and at least will need to draw a point or two if they suffer any losses so they don’t fall too far away from the final round playoff race.