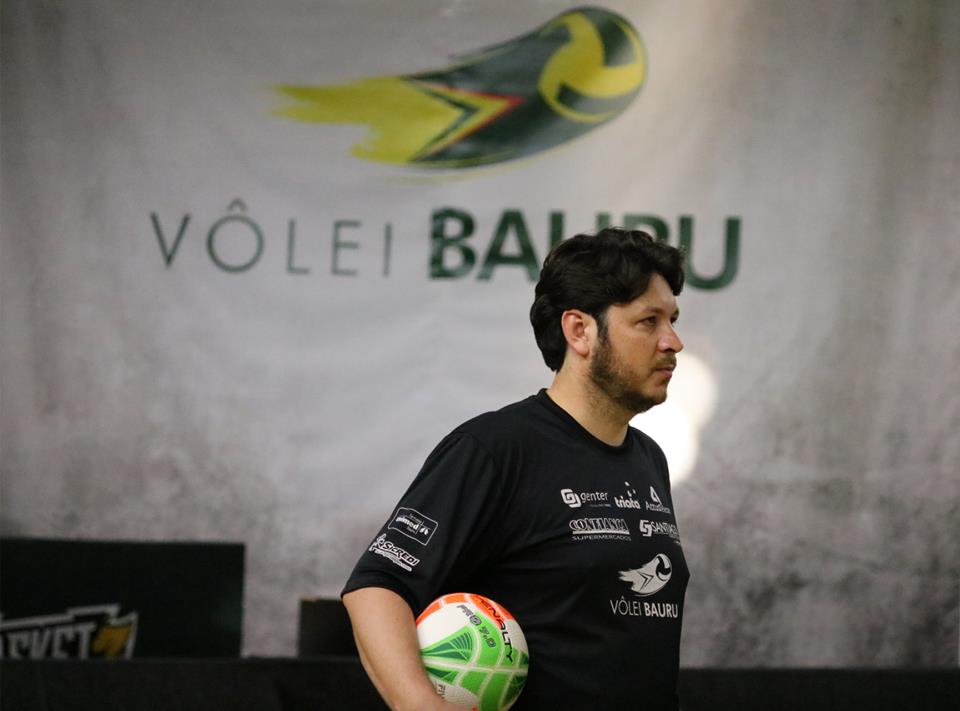 Vôlei Bauru’s general management has officially announced former assistant coach Fernando Bonatto’s promotion to head coach duties for the 2017-2018 Superliga season, per the team’s official Instagram page. He was already acting as the teams interim coach after Marcos Kwiek’s firing. At the time, here is what we at Volleymob.com had to say about the possibilities of Bonatto assuming the head coach position:

“What could this decision entail for the team? For starters, we speculate who will be the team’s new head coach, as Fernando Bonnato probably won’t be elevated to head coach from assistant status after his disastrous Superliga campaign last year at the head of Rio do Sul. We can’t forget he was fired mid season, a rare fact in Brazilian volleyball, after a very poor 2-10 start. Bauru will probably try to go the superstar coach way.”

Indeed, Bauru’s GM decision is surprising. Bauru is an important mid-tier team in Superliga, and will invest heavily in a newcomer coach. Not that all newcomers are not to be trusted, but Bonatto has had a very disappointing and underachieving season with Rio do Sul.

If he couldn’t handle the player-coach relationship pressure in a small club such as Rio do Sul, how does Bauru’s GM thinks he will handle personalities of players like newly hired Paula Pequeno, a former Olympic Games MVP, known for her erratic behavior?

Marcos Kwiek is one of the best coaches in the world,  highly respected by all of the volleyball community. He built Dominican Republic’s  Norceca volleyball relevance from the ground up, during 10 years of hard work. Needless to say, it won’t be a smooth transition for Vôlei Bauru. Most surely, money had something to do with it, as Bonatto won’t command a hefty salary as most experienced coaches would.  Let’s see how it pans out.