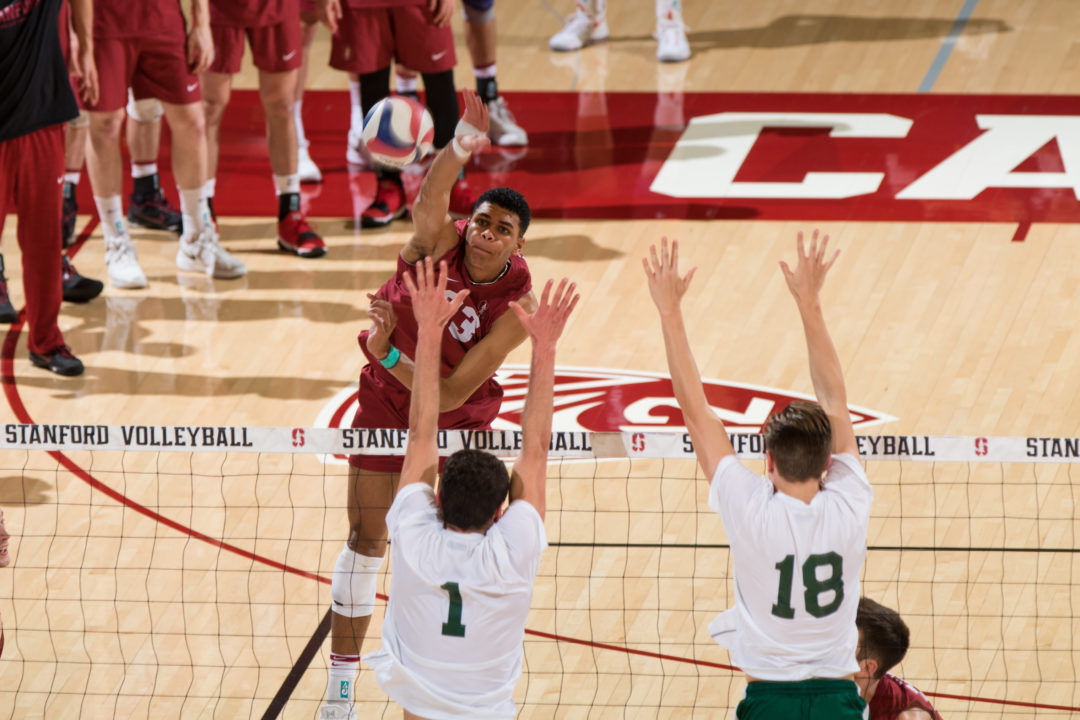 Freshman opposite averaged 5.11 kills, 1.78 digs and 0.89 aces per set, while hitting at a .365 clip for Stanford in a pair of Top 15 victories en route to VolleyMob Player of the Week accolades.  Current Photo via Stanford Athletics

Standout statistics in a pair of Top 15 victories have earned Stanford’s Jaylen Jasper this week’s VolleyMob Player of the Week honors. The freshman opposite averaged 5.11 kills, 1.78 digs and 0.89 aces per set, while hitting at a .365 clip. The Annapolis, Maryland, native notched a career-high 27 kills, nine digs and four aces, while hitting .409 in a five-set win over No. 13 Grand Canyon on Thursday. The rookie then posted 19 kills, seven digs and four aces in a four-set win over No. 14 Concordia Irvine on Saturday. Jasper also was honored for MPSF Offensive Player of the Week honors for his efforts.

Maxime Hervoir, Ohio State – Sr., OH
Averaged 5.29 kills and 2.00 digs per set, while hitting .453 in a pair of victories; posted a 24-kills, 10-dig double-double, while also adding four blocks and hitting .463 in a four-set win over No. 6 Loyola; chipped in 13 kills, four digs and an ace, while hitting .435 in a sweep of No. 10 Lewis; made good on all 41 of his serve reception opportunities; MIVA Offensive Player of the Week