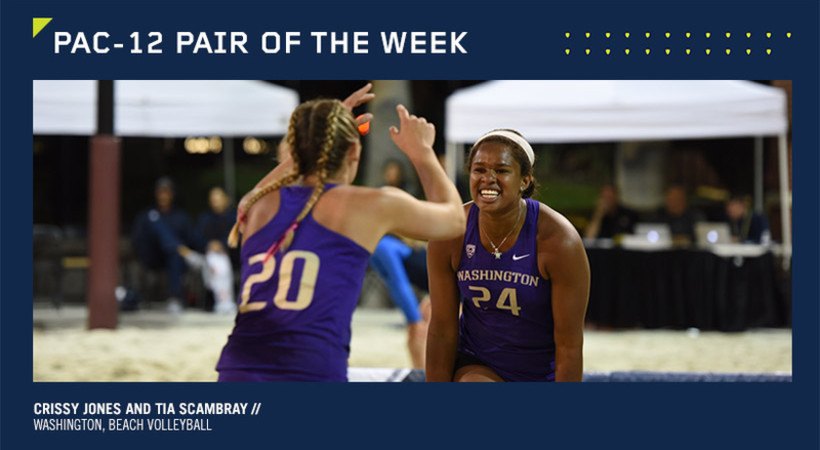 Pair of the Week: Crissy Jones and Tia Scambray, WASHINGTON • Went 4-0 at the No. 1 spot last week... Current Photo via Pac-12

Pair of the Week: Crissy Jones and Tia Scambray, WASHINGTON
• Went 4-0 at the No. 1 spot last week without dropping a set including wins over Pac-12 opponents from California, Oregon, and Stanford.
• The Huskies’ No. 1 duo is now 8-1 on the season.
• UW improved to 5-5 and earned their best win of the season so far in a 3-2 victory at Stanford on Saturday.