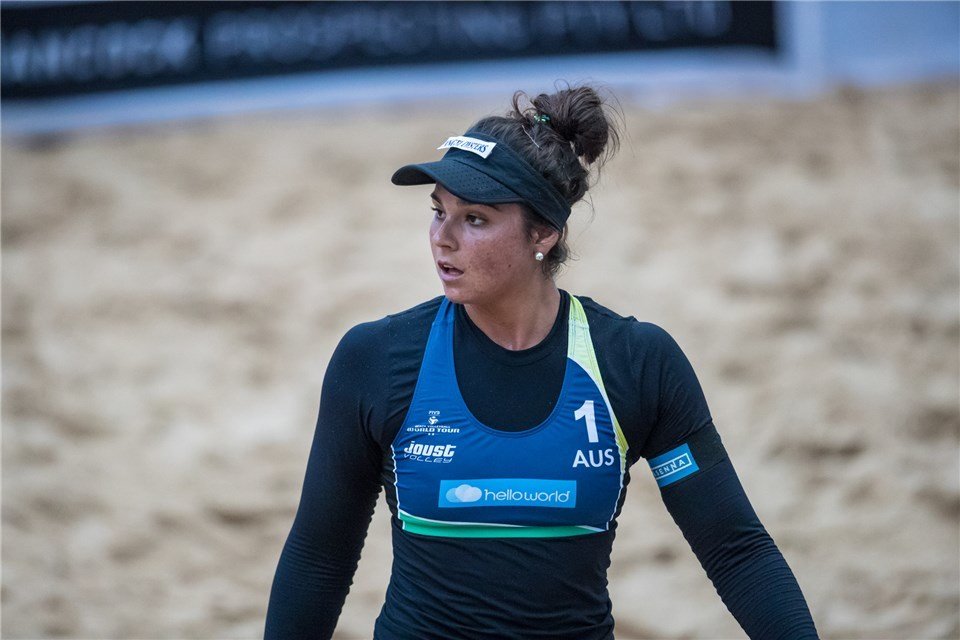 Mariage Artacho del Solar (above) and her partner Jessyka Ngauamo will play on home sand in one semi-final on Sunday afternoon in Australia (Saturday evening in North America). Archive Photo via FIVB

FIVB will stream the last two rounds, including both semi-finals, the bronze medal match, and the gold-medal match, from the women’s only two-star event in Sydney, Australia.

In the first semi-final, newly-former Australian pair Bawden/Laird will play Canada’s Gordon/Saxton. On the other side of the bracket are Behrens/Schumacher from Germany and Artacho del Solar/Ngauamo also of Australia.

The winners will play later Sunday afternoon Australia time (late Saturday night in the U.S. and Canada) in the gold medal game, and the losers will play in the bronze medal game – which will also be streamed.

Watch the live streams of all 4 games below: