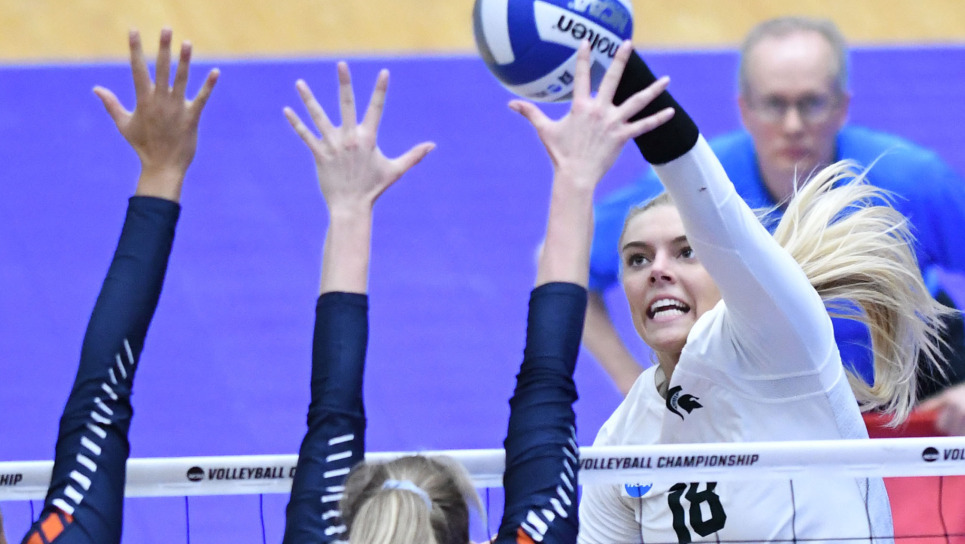 Wiesbaden later announced American Jennifer Hamson, who is making the move from the WNBA to professional volleyball, as Tolliver's replacement. Current Photo via Michigan State Volleyball/Athletics

Holly Tolliver‘s stint with Bundesliga’s Wiesbaden didn’t last long. After just 2 months of having signed with the team for what was supposed to be her sophomore professional season out of Michigan State, Wiesbaden released her after she failed compulsory medical tests. The player later took to Instagram to break the news to her fans:

“Hey hey! Back in the USA 🇺🇸 not even mad about it. Wiesbaden was a very cool city but I’m sorry to say my season with them ended before it had a chance to begin. A little tweak in my back scared them off, good news is if you know me I’ll be back on top before the season gets going. I’m way too competitive to chill. To all of my friends, family, and fans thank you for the support ❤️ I’ll keep you updated when I head off somewhere new, but for now a little R&R.”