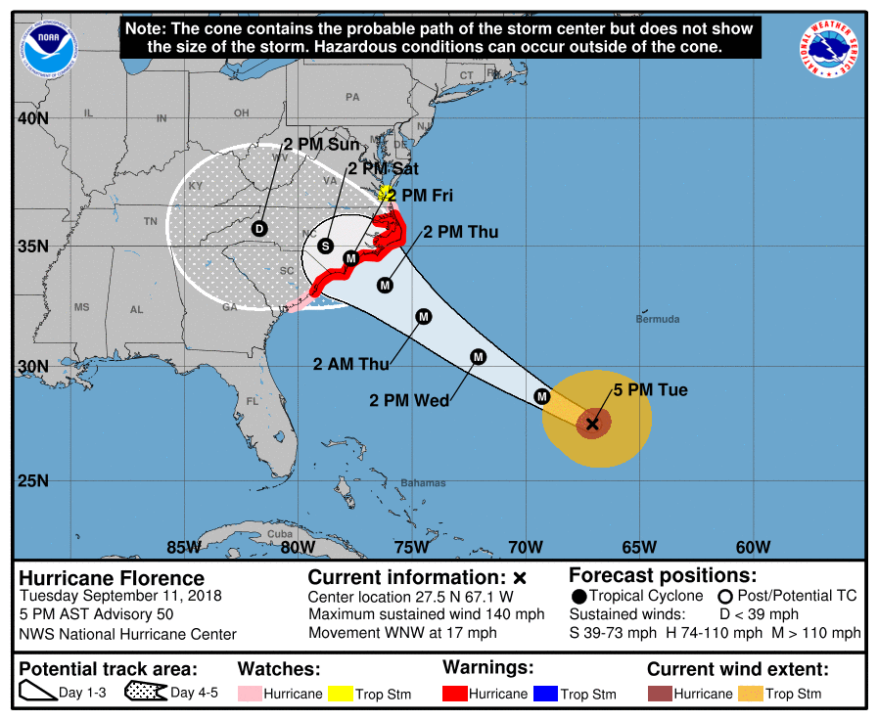 William & Mary University in Williamsburg, Virginia has cancelled this weekend’s Second Colonial Invitational (along with a number of other sporting events) in preparation for the arrival of Hurricane Florence. The cancellation and postponement of more than a dozen athletics events coincides with the cancellation of classes through at least Sunday, September 16th. They have also enacted a mandatory evacuation of campus at 5PM on Wednesday, at which time residential halls will be closed.

Lehigh, Morgan State, and East Carolina (7-3) were scheduled to play in the tournament. East Carolina has also cancelled classes after noon on Tuesday and evacuating residence halls, and the school has cancelled all athletics events, home or road, through Sunday.

While the eye of the storm is still expected to hit in southern North Carolina, as of the latest projections on Tuesday evening, tropical storm-force winds are still a possibility for the Virginia coast, which is under a tropical storm watch. Williamsburg’s coastal location means that it is susceptible to major storms like this, and any northward shift of the storm could further imperil the campus. South Carolina, North Carolina, and Virginia have all declared states of emergency.

Other NCAA Volleyball Cancelled (with links for more):