Inside the Numbers: A Look at the NCAA Week 3 Stats 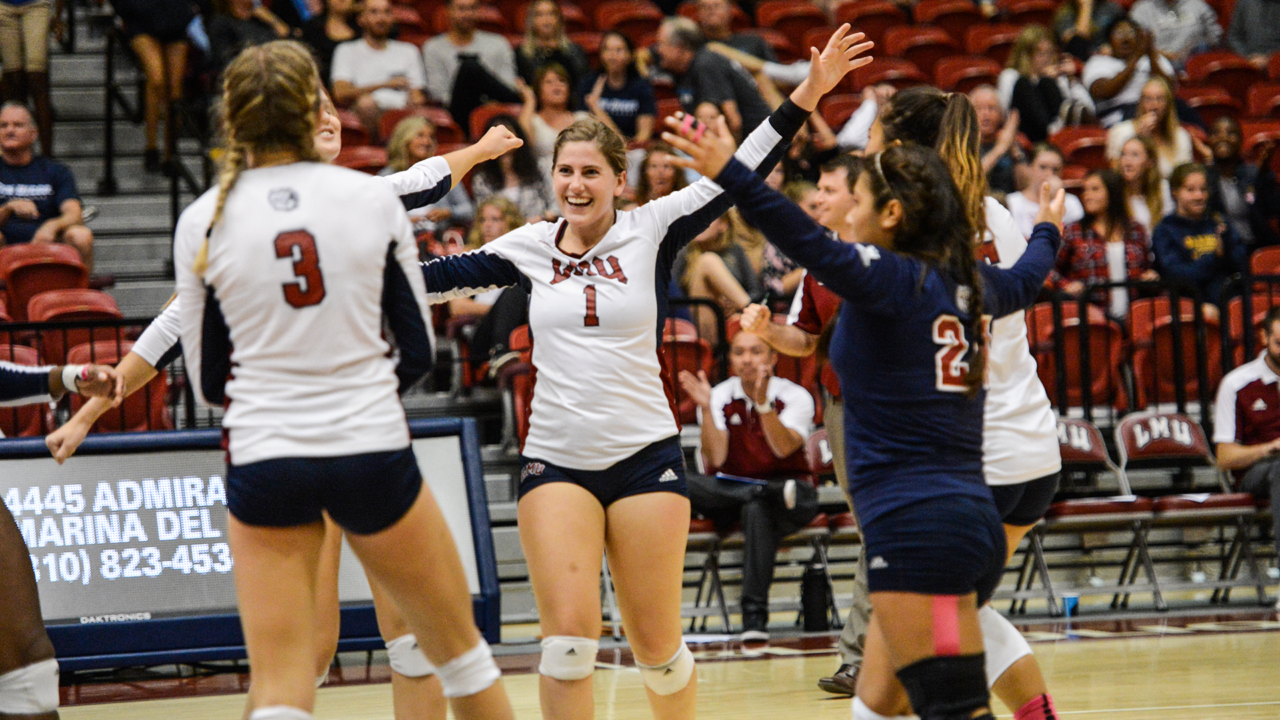 Cincinnati’s Jordan Thompson headlines the nation’s offensive categories, checking in at No. 1 in both kills (5.90) and points (6.43) per set. Thompson, who just picked up her second straight American Athletic Conference Player of the Week nod, has posted double-digit kill tallied in all nine of the Bearcats’ matches, including 20 or more in eight of them and 30 or more three times.

Loyola Marymount’s Emma Johnson has hit at a .529 clip, registering a .300 or better hitting effort in eight of the team’s nine matches, including .500 or better seven times. The junior middle has hit .600 or better on six occasions.

Johnson’s teammate Tess Reid is tops nationally in assists per set (13.19). The junior has dished out 30 or more assists in all nine of the team’s matches, including 40 or more in eight or them and 50 or more four times. Reid is the reigning West Coast Conference Player of the Week.

UNLV’s Mariena Hayden is the best server in terms of aces per set (1.21) and total aces (40). She has served up at least one ace in eight of the team’s nine matches, including five or more four times and a season-best nine against Youngtstown State on Aug. 31. The sophomore outside, who is the Mountain West Player of the Week for Week 3, also has two eight-ace efforts to her credit.

Defensively, Toledo’s Maurissa Leonard and Wyoming’s Reed Copeland lead the way in digs and blocks per set. Leonard, the reigning MAC West Defensive Player of the Week has pulled up 6.59 saves per set, while Copeland, this week’s Mountain West Defensive Player of the Week, has put up 1.88 stuffs per stanza. Leonard has posted double-digit digs in all eight of the team’s matches, including 20 or more in seven and 30 or more three times. Copeland has notched five or more blocks in seven of Wyoming’s 10 matches, including season-best 11 against Arizona State last week.

Pittsburgh, which is one of nine undefeated teams left in the country, has made their way to the top of the ledger with a .317 team hitting percentage. Michigan, one of the other members of the group, has held foes to a .093 hitting efficiency, the lowest opponent effort nationally.

Loyola Marymount checks in at the top of the rankings in both kills per set (16.03) and assists per set (15.13). UNLV has served up 2.30 aces per set, although Hampton and Houston boast the most total aces at 86 on the year. Northern Kentucky is tops in the backcourt at 20.09 digs per set, while Penn State leads the way at the net with 3.45 blocks per set.