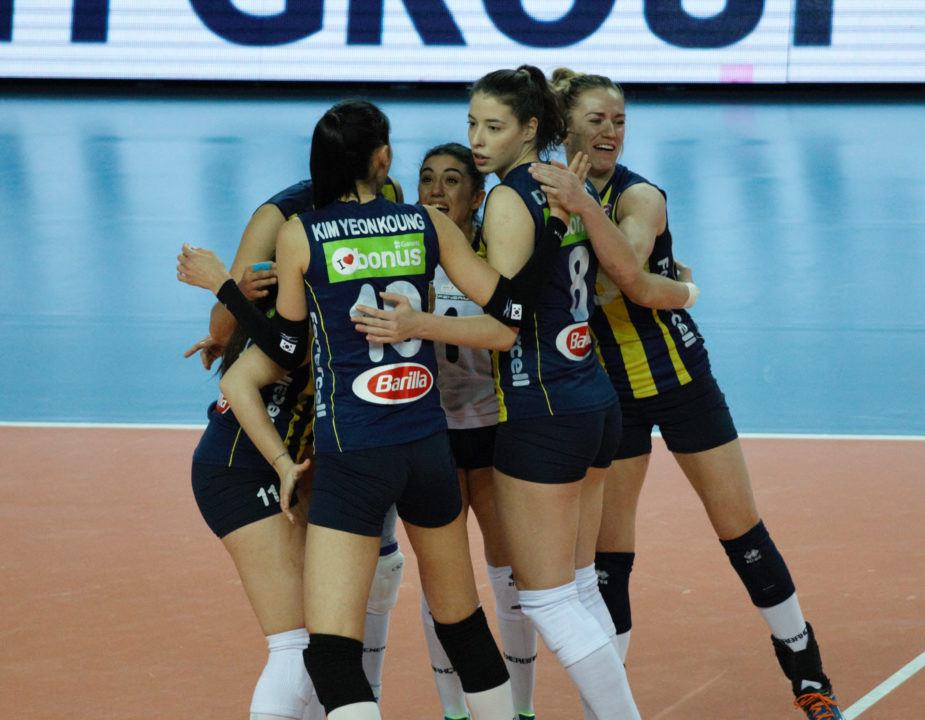 The final three teams will earn spots in the CEV semifinals based on this week's results. Archive Photo via CEV

The semifinalists of the European Women’s Champions League will be decided this week as the second leg of the quarterfinals begins on Tuesday.

On Wednesday, the last two spots in the semifinals will be filled.

Conegliano, from Italy’s Serie A1, has already advanced into the semifinals.