Women’s EuroVolley 2019 to be Held in Four Countries 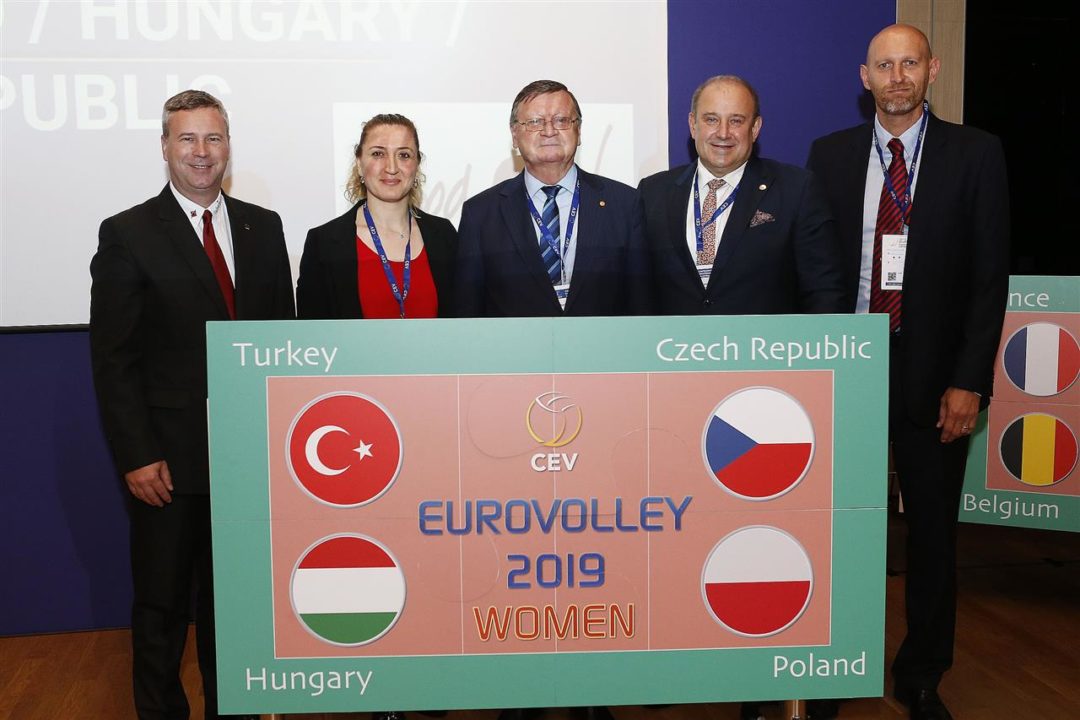 The Confederation Europeenne de Volleyball, or CEV, announced 2019’s quad of hosts for the Women’s EuroVolley European Volleyball Championships. Turkey, Poland, Hungary, and the Czech Republic will jointly organize and host the European Championships in two years, though the ladder is still considered a ‘tentative’ host at this time.

This is the first time in the history of CEV that the European Championships will have four hosts. Before 2007, in which Belgium and Luxembourg hosted, there had never been more than a singular sponsor for EuroVolley. Since then, excluding 2009, there have been two hosts per championship.

The four selected hosts are not new to organizing and running EuroVolley- Turkey has hosted twice in 1967 and 2003, Poland once in 2009 before a record amount of spectators, and The Czech Republic four times, the first as far back as 1949. The other three years in which the Czechs hosted were 1958, 1993, and 1997. This is the first time Hungary is hosting a volleyball event of the caliber of the European Championships, though they are doing so after a gold medal victory in the 2017 World Grand Prix Group 3.

The finals will return to Turkey, where, sixteen years ago, the Turkish women’s team battled before their home crowds to win a historic silver medal against Poland, who won their first EuroVolley title. Now, in 2019, both teams are slated to host again.

The 2017 EuroVolley competition is being held starting on the 22nd of this month thru the 1st of October, with Azerbaijan and Georgia hosting. When play concludes, 12 of the 24 qualifying teams will be set for 2019. The four host countries are automatically included, leaving eight spots for the top eight finishers in this year’s championship.