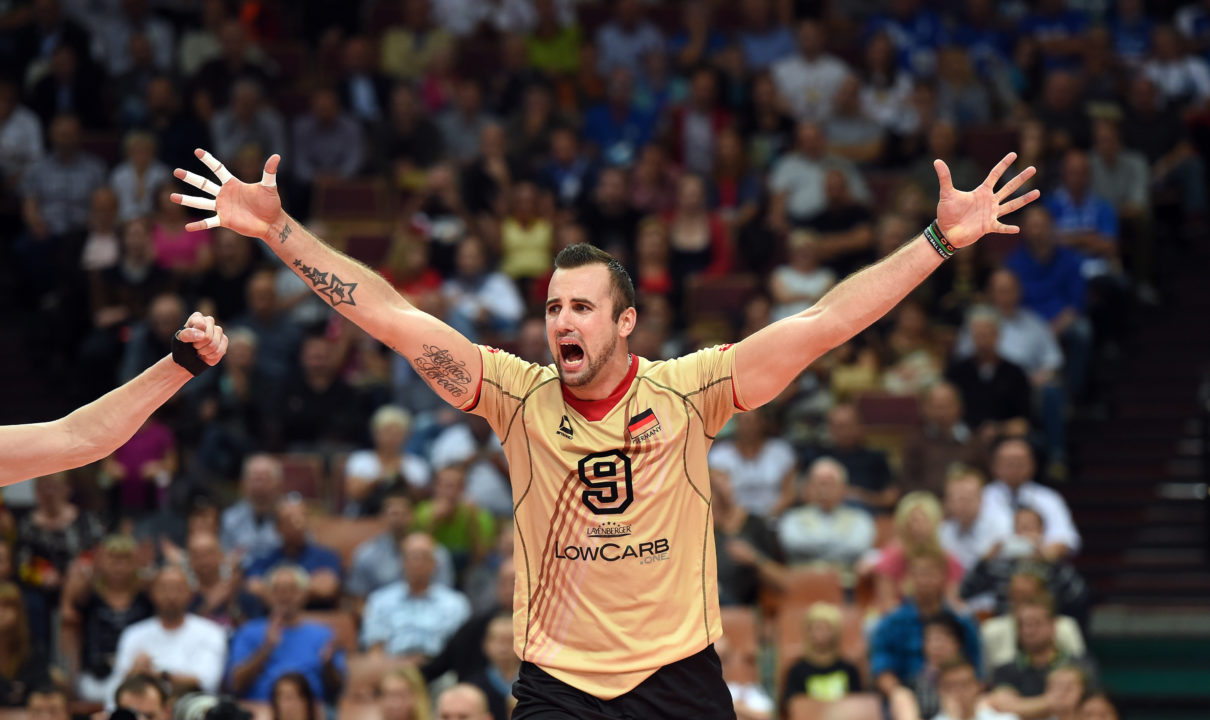 Russian Club Zenit St. Petersburg has announced in its official website the signing of Georg Grozer to its roster. The 33-year old 6’6″ German opposite hitter is transferring out of Belgorod. A true volleyball nomad, Grozer has also had stints in Italy, Hungary, Germany, Poland, Quatar, Japan, and China. One of the world’s best at his position, he was the 2017 EuroVolley’s best opposite hitter.

Here are Grozer’s first words as a member of his new team:

“I am very happy to be a part of such a team as Zenit, I will do everything possible to help the team in the upcoming season perform as successfully as possible in all tournaments.”

Georg Grozer is one of the most successful German volleyball players of all time. In 2014, he led Germany’s national team to a bronze medal finish at the FIVB Volleyball Men’s World Championship, the first medal for a German team since East Germany claimed gold in 1970. However, after failing to qualify for the 2016 Olympics in Rio, a heartbroken Grozer announced his retirement. That didn’t last long, however, as he returned to the team for last year’s EuroVolley. He revealed to FIVB to have one last goal: to play at the 2020 Tokyo Olympics. For that, he draws inspiration from his family, which has in it very successful volleyball players, as his aunt collected 90 caps for Hungary, while his father played 96 matches for Hungary as well, before moving to Germany. Some of his brothers and sisters also play in Germany’s Bundesliga.

At Zenit St. Petersburg, Grozer will join a squad that finished second in last season’s Superliga, dropping the finals to powerhouse Zenit Kazan.