#1 BYU, Pepperdine Lead Day of Sweeps in the WCC 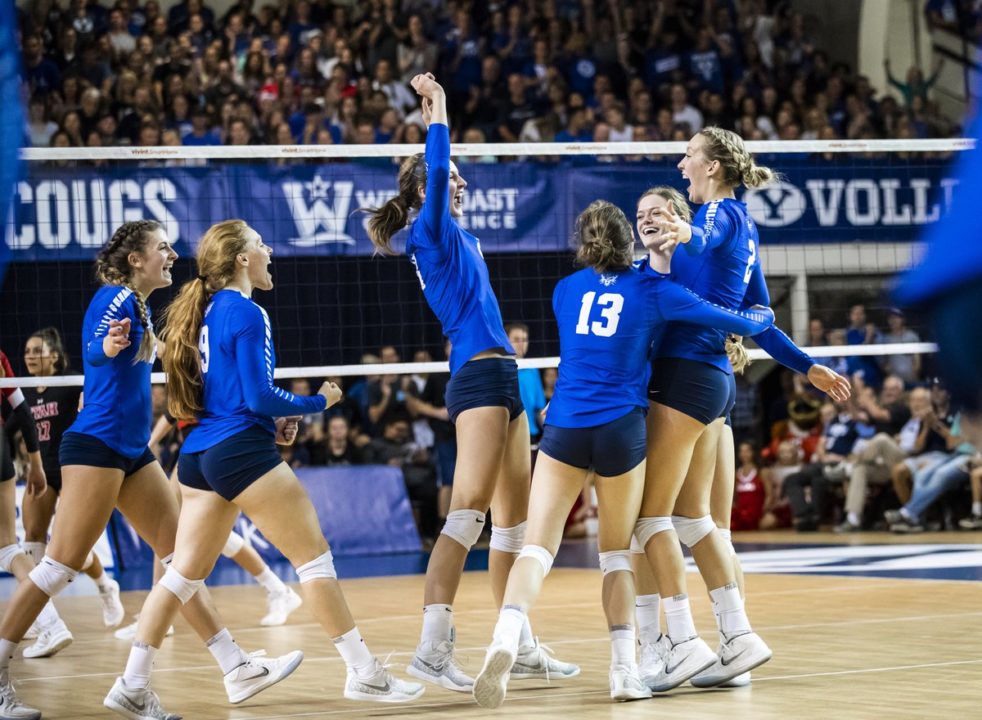 There were no real surprises Saturday in the West Coast Conference slate of matches. #1 BYU moved to 15-0 with a sweep of the visiting Pilots. San Diego swept by Gonzaga at home and the two Los Angeles-based schools, Loyola Marymount and Pepperdine both picked up sweeps in the Bay area, as the Lions took down San Francisco and the Waves swept Santa Clara.

Pepperdine survived a pair of tight sets in picking up the road sweep over Santa Clara at the Leavey Center.

The Broncos were in good shape in the first set as they jumped out to an early 13-8 lead. Santa Clara continued to lead but Pepperdine worked its way back and tied the match at 21 apiece. The Waves had set point at 24-22, but Santa Clara reeled off three straight to earn one of its own at 25-24. The Broncos saved one more set point at 26-25 before Pepperdine finally took the opener, 28-26.

In the second, Pepperdine scored the first eight points of the set and raced out to a dominant 17-1 lead. Santa Clara would finish better than it started, but the second went to the Waves 25-8.

Much like the first set, the third was highly contested. Pepperdine held a 15-11 lead, but Santa Clara rallied to tie it at 17. The Broncos continued to ride its comeback momentum and earned a set point at 24-22. Pepperdine scored three straight and five of the next seven points to take the set 27-25.

@BYUwvolleyball Kennedy Eschenberg with yet another kill!