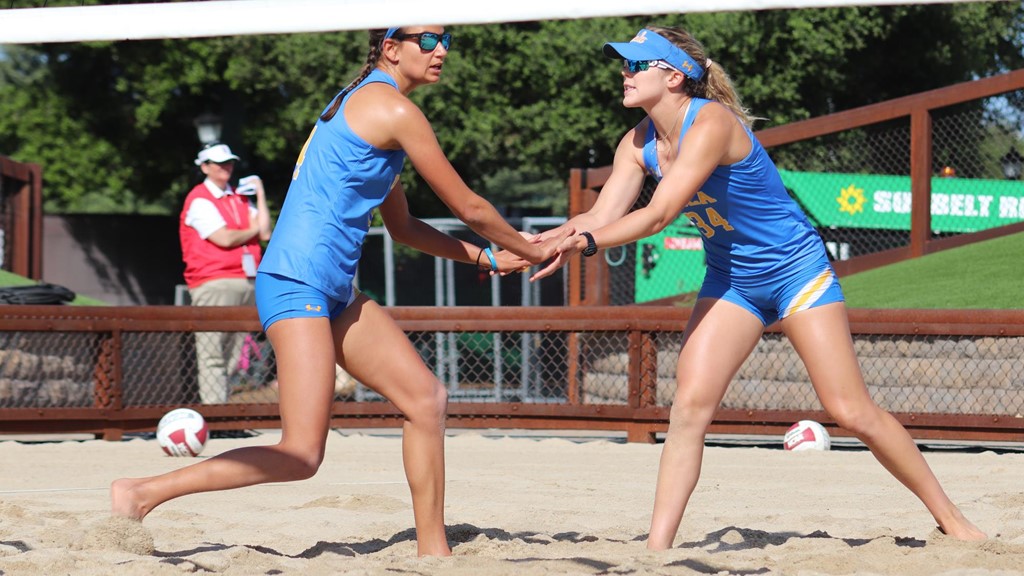 No. 1 UCLA won its school record 25th straight match and tied the school wins record (30), while No. 3 Hawaii notched its 28th win, one shy of a record, as both won tournament titles on Sunday.  Current Photo via UCLA Athletics

No. 1 UCLA won its school record 25th straight match, besting No. 13 Stanford 4-1 on Sunday. The victory also moved the Bruins to 30-3 on the season, tying the school mark for wins in a season.

No. 5 Cal Poly was the runner-up at the Stanford West Coast Classic, topping No. 20 Saint Mary’s and Pacific on Sunday to go 3-1 on the weekend. Freshman Tiadora Miric, who was injured on Saturday, returned to the lineup alongside Torrey Van Winden on Court 1 for both matches. SMC rebounded from the loss to the Mustangs with a 3-2 win over the host Cardinal.

No. 3 Hawaii claimed its own Queen’s Cup title in Waikiki with 5-0 victories over Utah and Washington. With the wins in the semifinals and finals, the Rainbow Wahine are now 28-3 on the year, one victory shy of the single season record of 29 set in 2017.

Washington was the runner-up at the Queen’s Cup, upsetting No. 16 Loyola Marymount in the semifinals before falling to Hawaii in the final.

No. 19 Tulane registered three home victories on Sunday, defeating No. 12 Grand Canyon 3-2 and New Orleans and Central Arkansas by identical 4-1 scores to move to 18-11 on the year.

In the upset of the Lopes, Tulane lost on courts 3 and 5 to start the day, but rallied for the victory. After Gabriella Becerra/Rio Frohoff won in straight sets on Court 4, Madeline Mertz/Kaylie McHugh and Anna Chin/Lauren Orlich outlasted GCU for three-set wins to complete the upset. Mertz/McHugh edged their foes 16-14 in Set 3, while Chin/Orlich came back after dropping the opening set 21-14.