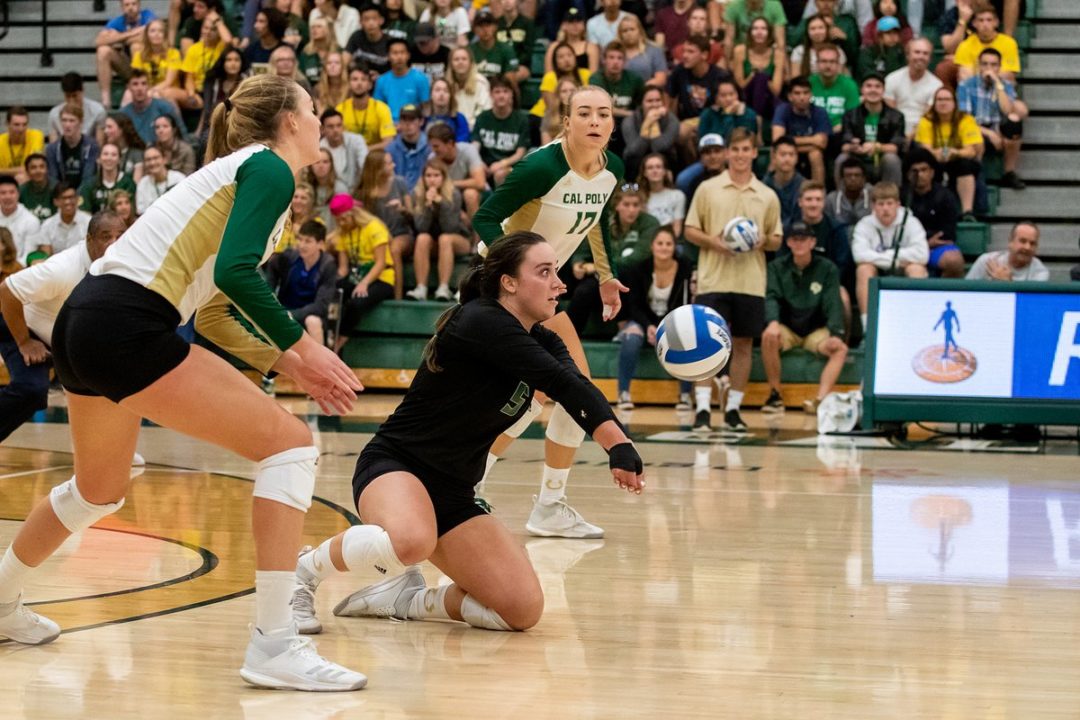 The top two teams in the Big West were in action Friday night. #13 Cal Poly picked up a sweep of Cal-State University Northridge and Hawaii earned a sweep of UC Riverside on the road. In Long Beach, the 49ers erased a two sets to none deficit against UC Santa Barbara to knock off the Gauchos, 19-17 in the fifth set.

The second set went back and forth until a 5-1 run by UCSB gave the Gauchos a 22-17 advantage. The Gauchos then took three of the next four points for a 25-18 victory and grab a two sets to zero lead.

The fourth set was tight from start to finish. But it was UCSB that found itself two points from the match at 23-21. The 49ers then took the next two points to tie it at 23. The Gauchos had a chance to close it out at 24-23, but Long Beach State won the next three points to force a fifth set.

After trailing for most of the set, UCSB had two chances to win the match at 14-13 and 15-14, but couldn’t come up with the final point. With the score tied at 17 apiece, the 49ers reeled off the final two points to complete the comeback, 19-17.