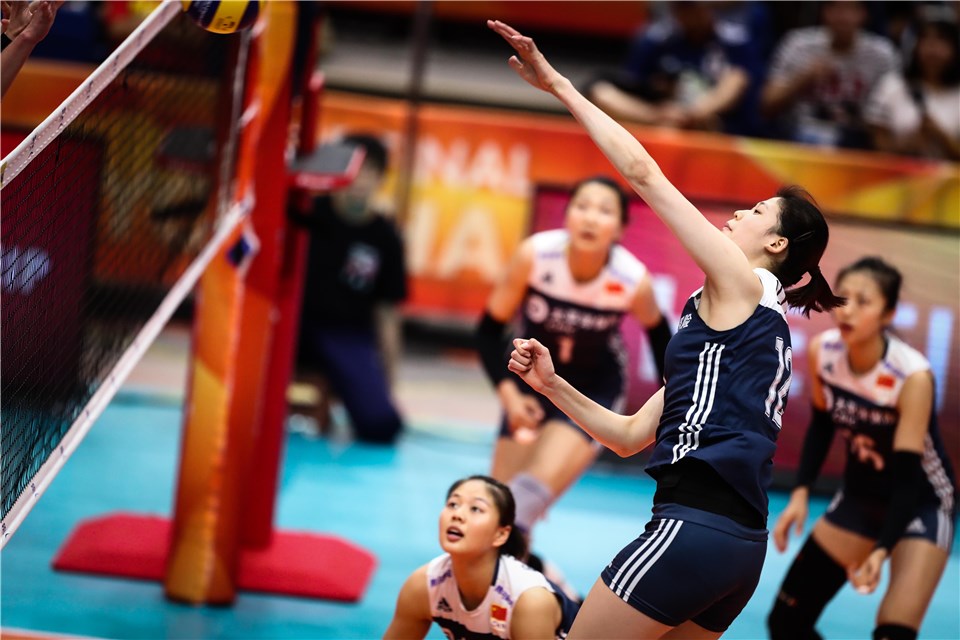 18-year old Li Yingying finally earned her time in the spotlight, racking up a match-high 20 points as China secured its second straight World Championships medal on Saturday, a bronze medal sweep of the Netherlands. Current Photo via FIVB

“From the first game to the last, my players were aggressive and worked hard,” Chinese coach Lang Ping said. “There were many China supporters here. We played strong teams that gave us experience. I could feel the development of the volleyball world.”

18-year old opposite Li Yingying finally earned her time in the spotlight, racking up a match-high 20 points as China secured its second straight World Championships medal on Saturday. Yingying notched a match-high 12 points in the opening stanza and four in each of the other two.

“I was a starting member today and wanted to make the most of my energy,” Yingying said. “I served well. We made the most of this experience.”

Lonneke Sloetjes poured in 15 points on 13 kills, a block and an ace to pace the Dutch, including six in each of the final two stanzas. Anne Buijs tallied 10 points, all on kills, including six in the opener. Yvon Belien and Celeste Plak chimed in with eight scores apiece, all on kills, although Plak was once again relegated to the bench, save a start in Set 3 in replacement of Maret Balkestein-Grothues.

The Dutch started strong, jumping out to a 6-4 lead in Set 1, and boasting a slight 12-11 edge after a block by Sloetjes. China scored four in a row including an ace by Yingying to take a 15-12 lead of its own. Buijs leveled the score at 18 and the Dutch tied it up again at 22 as she tooled the block. Zhu Ting put the Chinese on the hill at 24-22 and another ace by Yingying captured the 25-22 win.

China took control of Set 2 from the start, going up 7-5 and pushing its lead to four at 16-12. A Dutch miscue made it 19-14 and forced a timeout. China only got stronger from there, clinching the set at 25-19 behind a block by Xiangyu and a kill from Zhu Ting.

The Chinese follow up their runnerup finish in 2014 with a bronze. The Dutch meanwhile garner their best ever finish at Worlds following a seventh-place effort in 1998.

The Netherlands went 8-1 in the first two rounds (5-0 in Pool A), and 1-1 in the third round, topping the United States and falling to China, before losing to Serbia in four sets on Friday in the semifinals.

China went 8-1 over the first two rounds (4-1 in Pool B) and finished first in Round 3 with a five-set win over the USA and a four-set win over the Dutch. In the semifinals, the Chinese were edged by Italy in five sets.

“We are disappointed,” Dutch coach Jamie Morrison said. “I didn’t think we played good volleyball tonight. This is not a proper ending to the tournament for the way we played. I will feel differently after a while, but I am disappointed now.”

The players reflected his disappointment but also hope for the future.

“They put a lot of pressure on us,” Buijs said. “Our goal was to win a medal and we are sad we did not. We were also fourth at the Olympics. We still have a young team and can improve. One day Holland will get a medal at an event like this.”