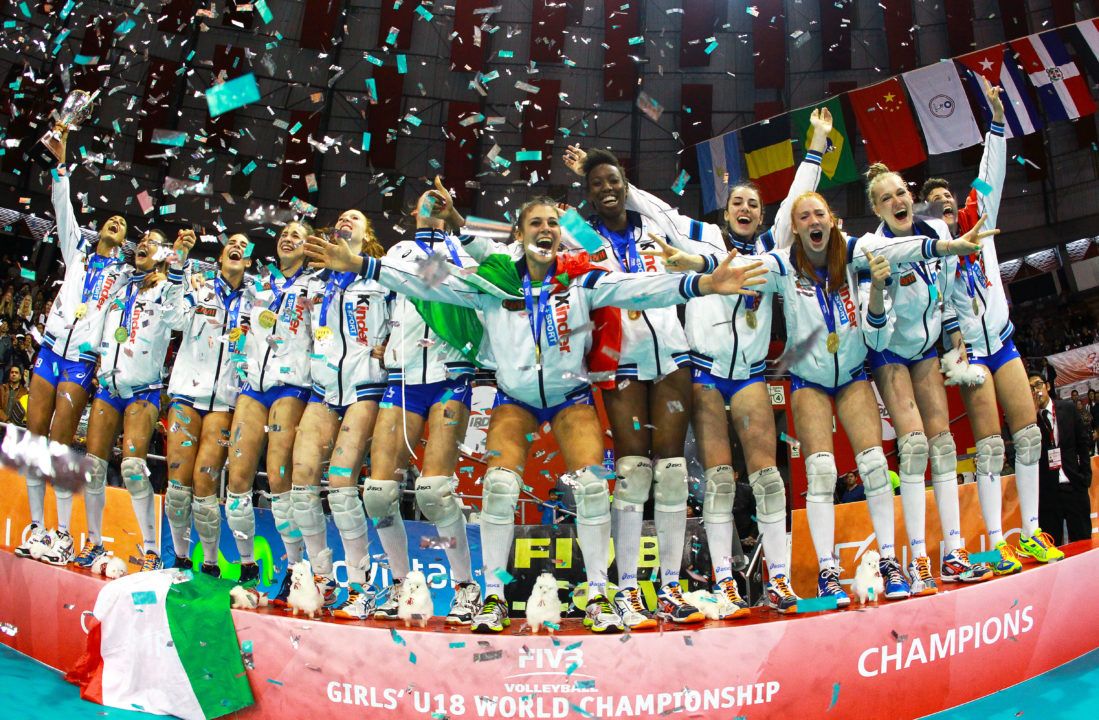 The 2017 FIVB Age-Group World Championships schedule is becoming a little less hazy after teams from Europe qualified for the tournaments this past weekend. Current Photo via FIVB

The 2017 FIVB Age-Group World Championships schedule is becoming a little less hazy after teams from Europe qualified for the tournaments this past weekend.

At the moment, in the six Age-Group divisions, most of the qualification rounds have been set, with just a few teams left to be decided. You can keep up with all the action at the events through the Age-Category websites, here.

All teams, except for two, have qualified for the tournament that will take place in Rosario and Santa Fe, Argentina from August 18-27.

The European Championship was the last of the qualifiers for this age-group, seeing defending champion Italy through, despite their loss to Russia in the finals. China won the 2013 edition of the competition will participate even though they lost to Japan in the Asian Championship last month.

Left to be determined are the two selections based off the FIVB World Rankings.

Later this month, the final six teams will be determined for the World Championship for the European Championship concludes. The tournament will be held in Isa Town and Riffa, Bahrain from August 18-27.

The European qualifiers and the Pan American Cup are still pending results to determine the final two teams to qualify for the World Championship. The tournament will take place in Boca del Rio and Cordoba, Mexico from July 14-23.

Left to qualify are two teams from the European Qualification Tournament from May 19-21 in Poland and Turkey, one team from South America, one team from NORCECA at the Pan-American Cup in Costa Rica from May 6-14 and six teams fro the FIVB World Rankings.

In the 18 editions of the competition, Russia has topped the podium 10 times including the past three (includes the Soviet Union). The competition will be held in Brno and Ceske Budejovice, Czech Republic from June 23 to July 2.

The Pan American Cup (one team from South America and one team from NORCECA from May 14-22 in Canada), the European qualifiers (two teams from May 18-25 in Serbia and Germany) and six teams from the FIVB World Rankings will round out the remaining slots to fill.

The Asian Championship (two teams from May 13-21 in Thailand) is the final qualification tournament needed to be completed to round out the competition to be held in Ljubljana, Slovenia from September 10-17.

Also to be determined is the one team to be selected from the FIVB World Rankings.

The last qualification tournament needed to determine the entire field is the Asian Championships that will take place from May 2-10 in Iran.

Two teams for the FIVB World Rankings will also be selected for the draw.