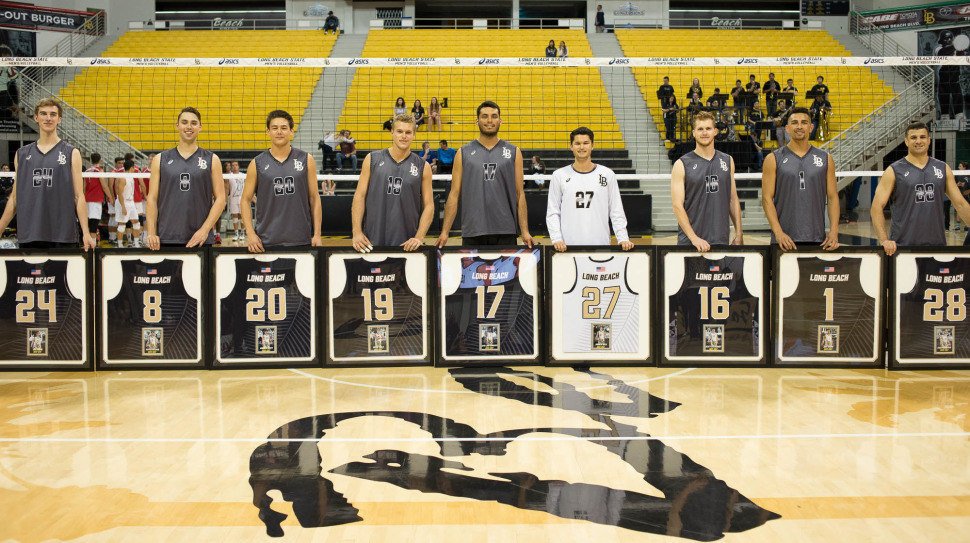 With wins this weekend by Long Beach State and USC, the pairing for the 2017 MPSF men’s volleyball tournament opening round are set.

Those two teams as the #1 and #8 seeds will play in the opening round in Long Beach – which marks a treacherous path for the home team. USC is one of only two MPSF teams (USC is the other) to have beaten LBSU this season when they got a 3-1 win on January 11th. Since then, USC has gotten much stronger (and healthier), having won 8 of their last 9 games down the stretch.

#2 seed BYU will play host to the Stanford men, who they’ve beaten 3-1 and 3-0 already this season. 3rd-seeded Hawaii likewise has a 2-0 season advantage over their opening-round opponents from Pepperdine.

The most intriguing matchup, as one might expect, comes in the 4-5 game between UC Irvine and UCLA. The season series is tied 1-1, with UCLA winning the first game very early in the season 3-0, then UCI later winning 3-2 in late February.

Both teams come into the game on hot streaks. Irvine has won their last 8, including an earth-shattering 3-0 sweep over Ohio State on March 11th that ended the Buckeyes’ 42-game winning streak.

UCLA, meanwhile, had national title aspirations early in the year, before a run of injuries derailed them early in the conference season. After getting healthy though, they won 7 straight before dropping back-to-back games against Hawaii to close their season.

For both teams, in spite of their strong last-season pushes, the likely only path to the 6-team NCAA tournament is by winning the MPSF conference tournament.