2018 EIVA Player Of The Year Brian Negron Signs In Italy 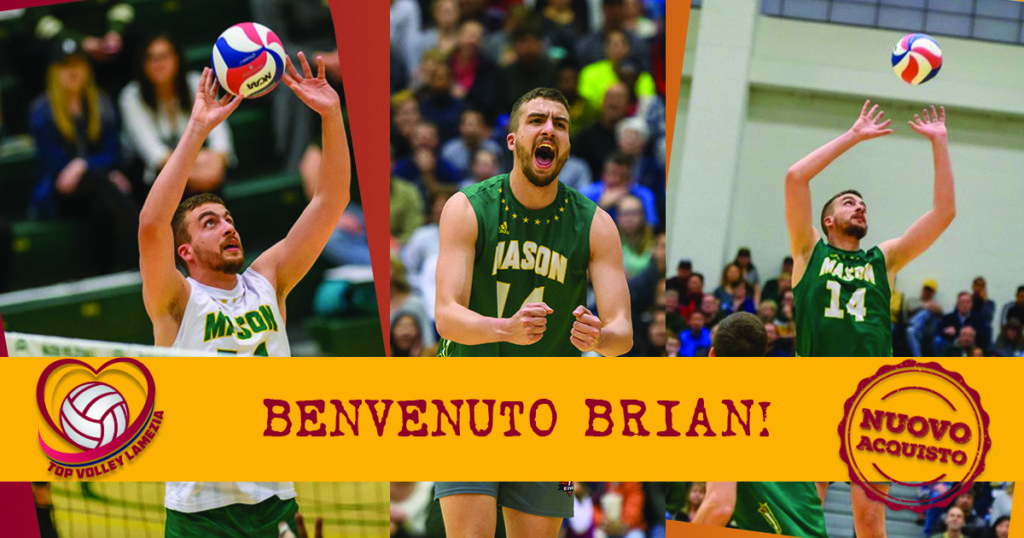 Negron was named the 2018 EIVA Player of the Year after leading George Mason Patriots men's volleyball team to wins in their first 11 conference games, and ultimately finishing the season with a 13-1 record in that category Current Photo via http://www.topvolleylamezia.it

Italian A2 club Top Volley Lamezia has announced in its official website the signing of Puerto Rican national teamer and former George Mason University of Virginia standout Brian Negron as its newest roster addition. The 23-year-old setter is currently under contract with Guaynabo, which currently leads the Puerto Rican League’s standings, and will join his new club in August, once the tournament is over. This will be his first professional season abroad. Here are his first words as a member of Lamezia:

“I’ve never been to Italy. but I’ve always heard good things about it. I know the food is great, the people are fantastic and it’s all nice. Ever since I started playing volleyball, I have always looked at Italian volleyball and I know that I have to work hard if I want to make sure I can make it in the league. In Italy there are a lot of very strong players at all levels, and I’m excited to be part of it.

Being a very tall dribbler, I can say I’m pretty good at the block. All my life, I’ve always played with people who were bigger than me and this has made me a player who likes to work hard and always give my best to prove my worth. I’m someone who loves to involve the audience, I like to drag the fans and be dragged by them. I only expect to be able to always give my best, I want to learn as much as possible together with my teammates, competing for excellent results.”

Negron was named the 2018 EIVA Player of the Year and a VolleyMob Honorable Mention All-American after leading George Mason Patriots men’s volleyball team to wins in their first 11 conference games, and ultimately finishing the season with a 13-1 record in that category. He ranked 19th nationally in 2018 in assists-per-set (9.24), captaining his team to the 14th-best offensive hitting percentage in the country. In Lamezia, he’ll find a club that has only recently been promoted to Italy’s A2 league, after a very successful 21-1 B1 season.