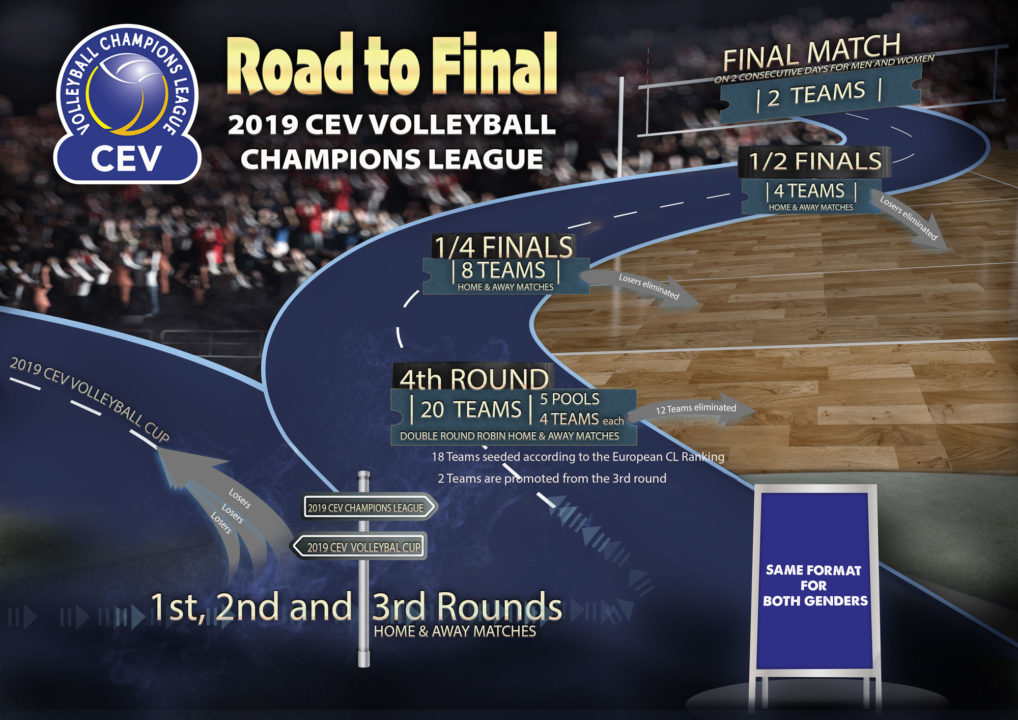 To try and fix these problems, CEV passed on a sweeping change in its premier competition’s format. It doesn’t seem like it worked though. First, Trentino’s president, leader of one of the richest clubs in the world, threatened to skip the tournament, complaining about long travels in the new format, and 3 games per week hindering the team’s success. Next, current Serbian women’s champions Vizura pulled out of the tournament’s 3rd round all-together, according to the Serbian Volleyball Federation’s website, showing that the rich and not so rich alike are not content with the changes.

Serbia has the right to four spots in the competition. Vojvodina, Novi Pazar, and Red Star are still participating. Following the CEV ranking, another women’s team from the country gained the right to participate in the Champions League’s 3rd round: Zeleznica.