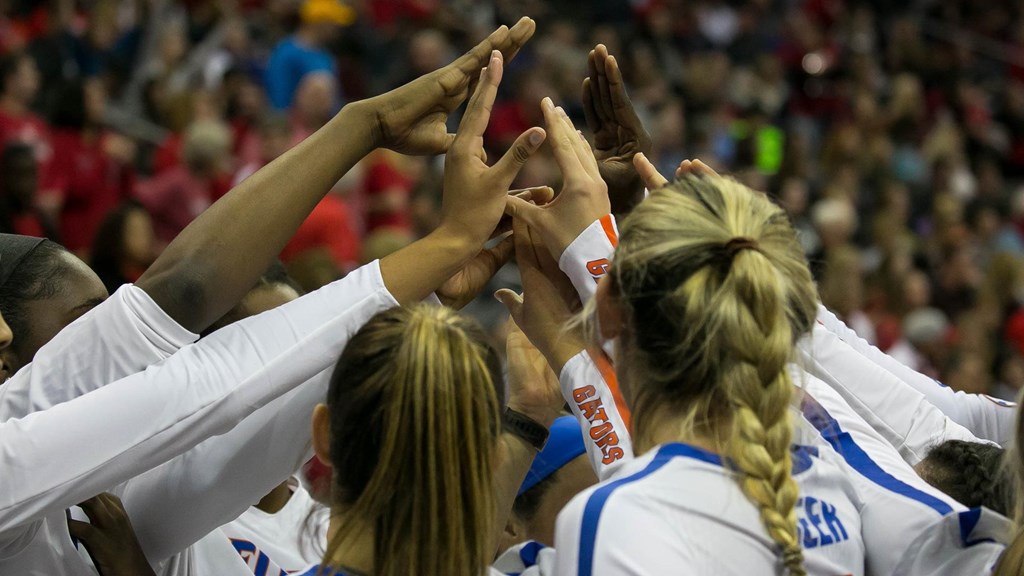 Part four of who’s who heading into the 2018 season features right side hitters poised to make an impact opening weekend. Leading the list is another member of Florida's decorated recruiting class, Haley Warner. Current Photo via Florida Athletics

Another highlight from the Gators’ 2018 class is Haley Warner, a four-time All-American and all-state selection who led Fayetteville High School to three state championships and collected two Arkansas State Tournament MVP honors along the way. The 2017-18 Arkansas Gatorade Player of the Year is expected to compete for playing time right away following the graduation of Shainah Joseph, who started for national runner-up Florida last season. The southpaw has been on head coach Mary Wise’s radar for a while, and she expects Warner to be a major scoring threat in her Gator career.

Gloria Mutiri graduated early to join the Kansas State volleyball program following a dominant prep career. She was a force to be reckoned with at Charles Page High School, leading the squad in scoring all four years and boasting a 4.50 kills per set average as a senior. The All-American trained with the Wildcats last spring and is poised to make an impact right away on the court this fall. Mutiri recorded 15 kills and eight digs in an exhibition match with Creighton, but fans may have to wait a bit longer to see her regular season debut, as Hurricane Lane threatens Kansas State’s schedule at the Hawaiian Airlines Rainbow Wahine Classic.

Penn State brought in another decorated athlete in Jonni Parker, who has the ability to play right side or set for the Nittany Lions. Parker defied the odds, overcoming her hearing disability to become a standout in not one but two sports, volleyball and cross country, at Miami East High School. The first team All-American and 2018 Ohio Gatorade Player of the Year captained her team all four seasons, leading it to a 2016 state championship. Look for Parker to be a contributor right away for the youthful Penn State squad.

Stanford gained a skilled all-around player in Mackenzie Fidelak, who has the ability to attack from the left or right side. She was a two-year team captain for Niwot High School, leading her team to three conference championships and state tournament qualifications. Fidelak earned first team all-state honors and was elected 4A Player of the Year in Colorado as a senior in 2017. She also has the ability to step in as a second setter for Kevin Hambly’s top-ranked Cardinal as well.

Dani Cole is a player head coach Keegan Cook sees as a contributor right away, especially after losing four starters and its libero from last year’s squad. The three-time all-district selection helped Rouse High School to a 50-4 mark and a runner-up 5A Texas state finish as a senior. Cole also guided her club squad, Austin Juniors, to a runner-up result in the USAV Junior Nationals Open Division in 2017. Look for her to jump in and make a splash in her debut weekend for the Huskies.