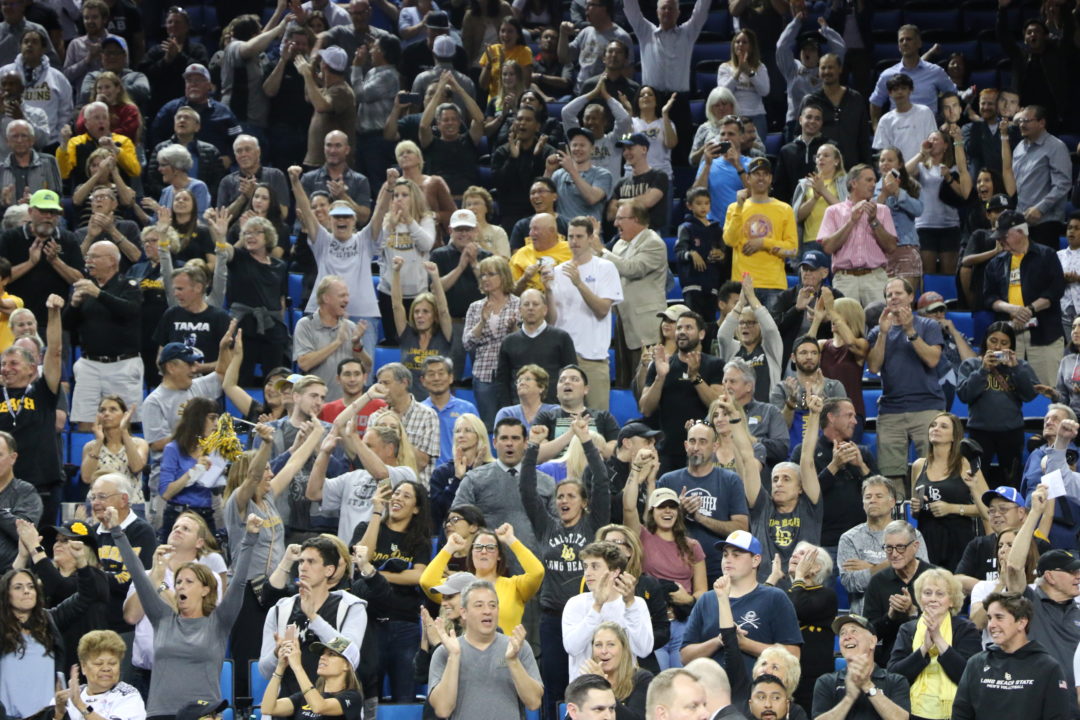 While Saturday’s NCAA Men’s Volleyball Championship had all of the makings of becoming the first-ever 10,000 fan men’s NCAA Championship... Archive Photo via Anne Lepesant

While Saturday’s NCAA Men’s Volleyball Championship had all of the makings of becoming the first-ever 10,000 fan men’s NCAA Championship match, it wound up well short. 7,248 fans packed into the 13,800 seat Pauley Pavilion on Saturday night, and while they were a highly-engaged and frequently-deafening group of 7,248 fans, that was still about 2,600 fans smaller than the largest crowd in tournament history, and about 1,000 fans short of the 8,205 that attended last year’s championship match in Columbus, Ohio.

The match ranks as the 13th-highest attended NCAA Championship match among the 46 in history where the attendance was known. 6 prior championships hosted in Pauley Pavilion have had higher attendance, including the all-time high 9,839 that packed in for the 1984 championship game.

While not a record, it’s still well above the average of 5,675 that have attended this game over the last half-century, as well as above the 6,902-spectator average for matches where the home team is participating. It’s also the third-highest attended match this millennium, where national championship attendances have generally waned.