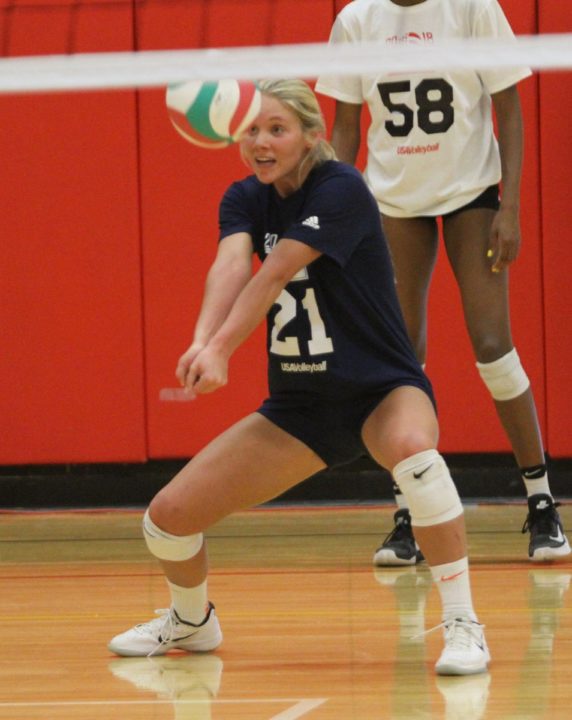 The final group of collegiate athletes that will be representing Team USA in 2018 was announced on Tuesday, the 24-player U.S. Women's Collegiate National Team - Detroit. Current Photo via Illinois Athletics

The final group of collegiate athletes that will be representing Team USA in 2018 was announced on Tuesday, the 24-player U.S. Women’s Collegiate National Team – Detroit.

The players, which will be broke down in two 12-member teams, will compete in three exhibition matches in conjunction with the USA Volleyball Girls’ Junior National Team Championship in Detroit, June 27-30.

The group will first train for four days at the University of Michigan in Ann Arbor, June 22-26.

Clemson, Kentucky and Utah each put two players on the roster.

Syracuse middle blocker Amber Witherspoon is in her second stint with the Collegiate National Team program, having competed in Minneapolis last year.

In addition to the CNT-Detroit roster, collegiate players were chosen for the CNT-Europe and CNT-China rosters at the U.S. Women’s National Team Open Tryouts, March 2-4 in Colorado Springs.