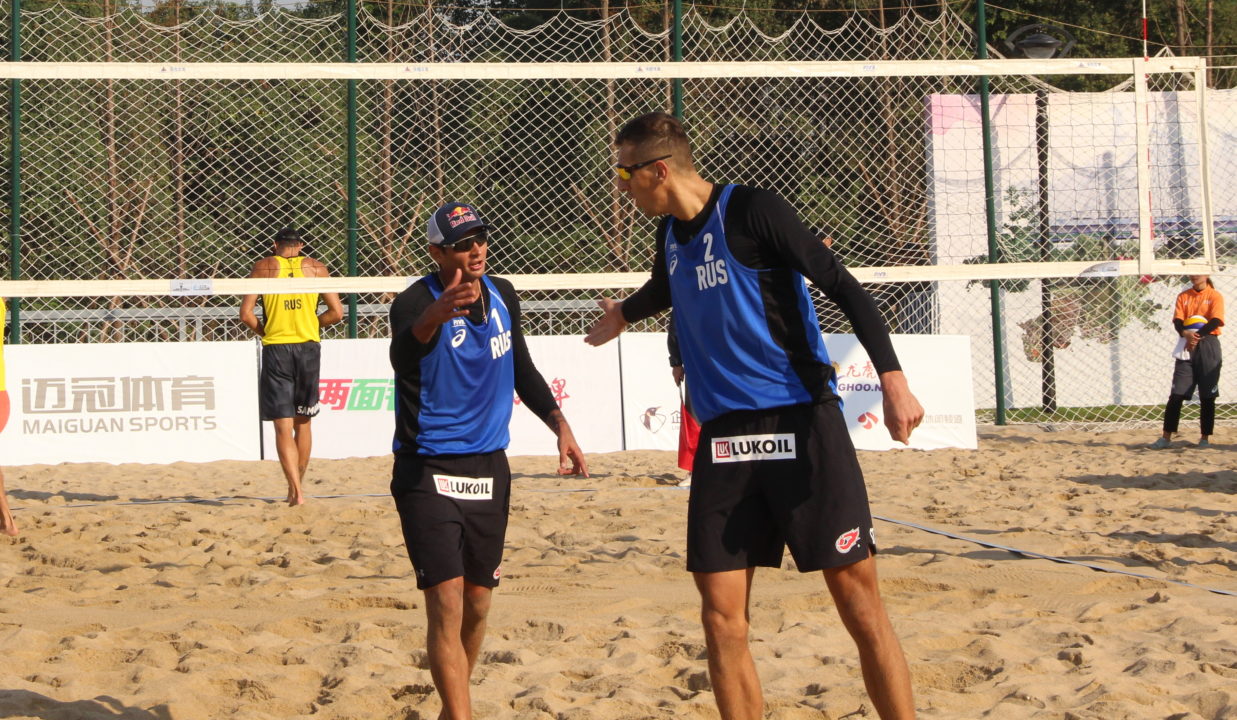 Nine of the top 10 seeds moved on to the men's Round of 16 at the Yangzhou Four Star. Three American teams rounded out the field, which also includes three Russians and three Brazilians.  Current Photo via FIVB

The men’s pool winners were crowned on Thursday. The rest of the elimination field was formed on Friday with three teams winning in tiebreak.

After pool play wrapped up, the remainder of the Round of 16 field was decided.

Also winning in Round 1 were:

The round of 16 field includes three Brazilian teams, three Americans and three Russians. 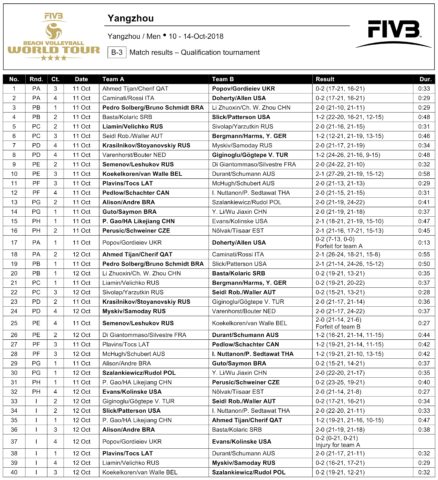