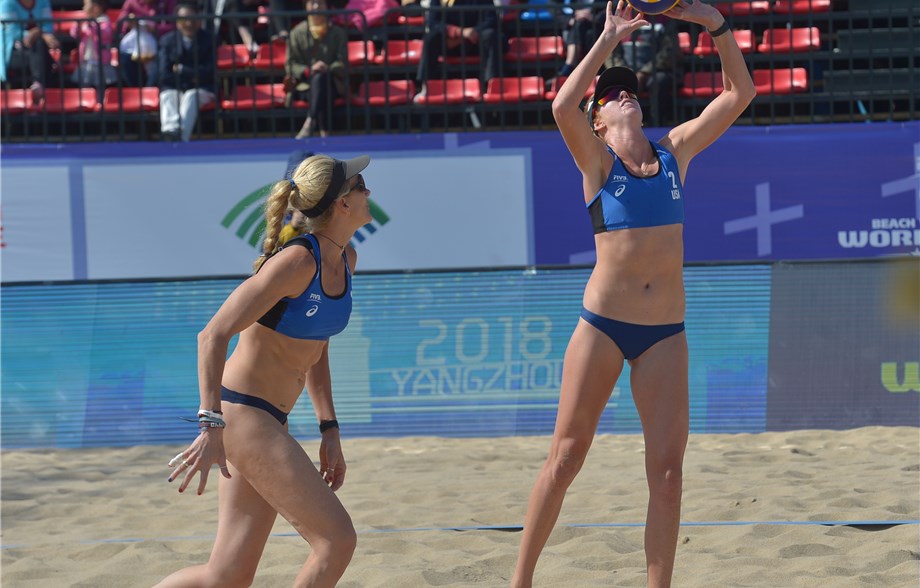 Five American women's teams are among the final 16 at the Yangzou Four Star. The marquee matchup of Saturday's Round 2 with pit former partners Kerri Walsh Jennings and April Ross against each other with a spot in the quarterfinals on the line.  Current Photo via FIVB

The women finished out pool play and the first elimination round on Friday.

Six of the second round matches went to tiebreak, including the pool title matches in Pool A, C and H.

“We just needed to focus on being aggressive,” Claes said. “I needed to get the set a little bit tighter for Kerri so she can just get up and hit the ball. I tuned up my serve by being more aggressive on that. Fixing those two things and some consistent passing got us there.”

Pool winners, which earned a free pass to the Round of 16, were:

In the first elimination round, teams from five countries earned their spot in the Round of 16 with two teams from the United States and two from Brazil highlighting the group. All eight Round 1 matches were decided in straight sets.

The eight victors were:

The marquee matchup of Round 2 will pit former American partners Kerri Walsh Jennings and April Ross against each other. The pair won the Olympic bronze medal together in 2016 before parting ways in the spring of 2017. 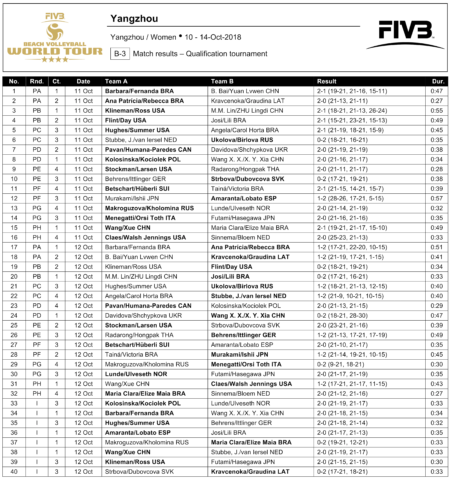