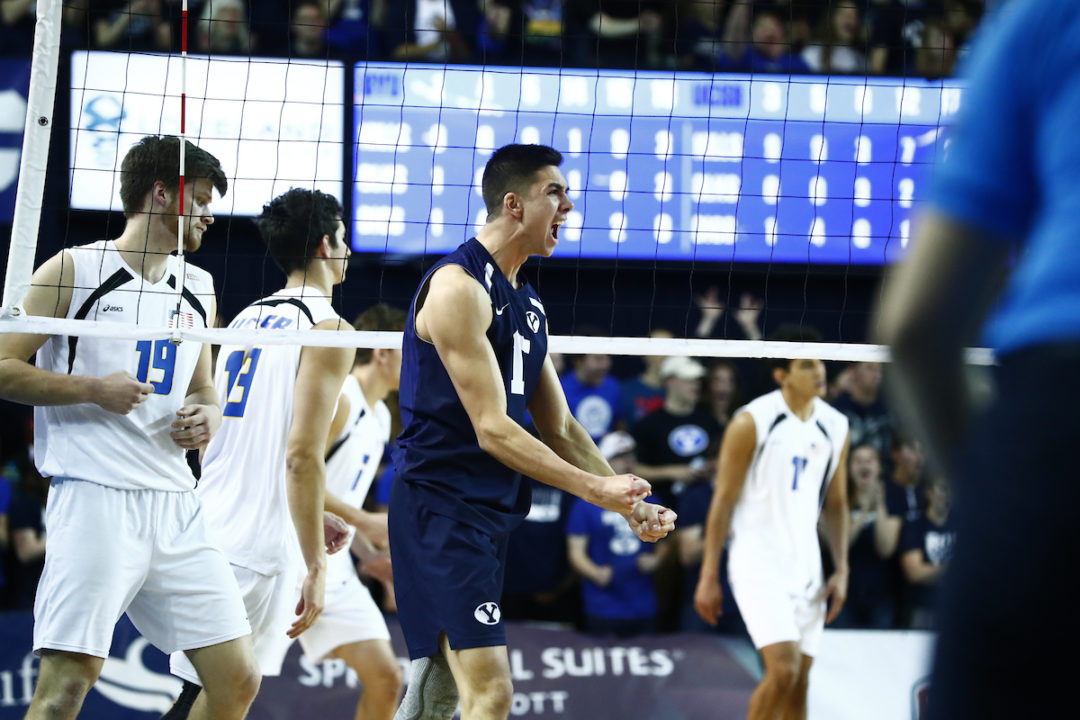 #6 BYU has a slight lead but will be tested by the teams on their heels this week; MPSF Update (Feb. 27). Archive Photo via BYU Athletics/Men's Volleyball

MPSF action continued into the waning part of February this past week, with a new team sitting atop the league standings. That is the case after Pepperdine upended UCLA to add another team to the MPSF race while also giving BYU the early edge. The rest of the league seems to still be finding its footing, but Concordia Irvine planted itself into the ground with three ranked wins.

The Cougars are the only undefeated team in MPSF play left, as they sit at 5-0 atop the league table. They’ve yet to play their two biggest contenders though in Pepperdine and UCLA – who they both get this week. If they want to remain unbeaten, they will need to play a lot better than this past week when they were pushed to the limit against the bottom team in the MPSF in Stanford.

Maybe no one is trending upwards more than Pepperdine (except maybe LBSU, who has been at the top of the sport all season thus far). The Waves have gotten healthier, mainly star David Wieczorek – who has been electric in sparking the run. In total, they’ve won their last five and eight of their last nine, including their most recent match which was a sweep of UCLA. They’ll look to stay on fire for three in a row on the road, including at BYU this week.

The Eagles hot streak doesn’t extend as far as Pepperdine’s, but it their most recent week of play puts them in this category. It started last Thursday with a sweep of Grand Canyon, continued with a four-set win on the road against USC and ended with a five-set victory over CSUN. They’ll dip out of conference now for six straight, including two at Hawaii, where if they could keep the good times rolling would give them a shot at a top 10 appearance.

The Bruins still have everything they want to accomplish in front of them, starting with an MPSF title. But for now they are in a bit of a rut as losers of three straight. Two of those did come against the top team in the country in Long Beach State while the other was to Pepperdine, who’s hot right now. The troublesome part is that they’ve only won two of the last 11 sets they’ve appeared in as Christian Hessenauer has been injured. Still, they should be able to right the ship with so much talent and a leader at the setter position in Micah Ma’a.