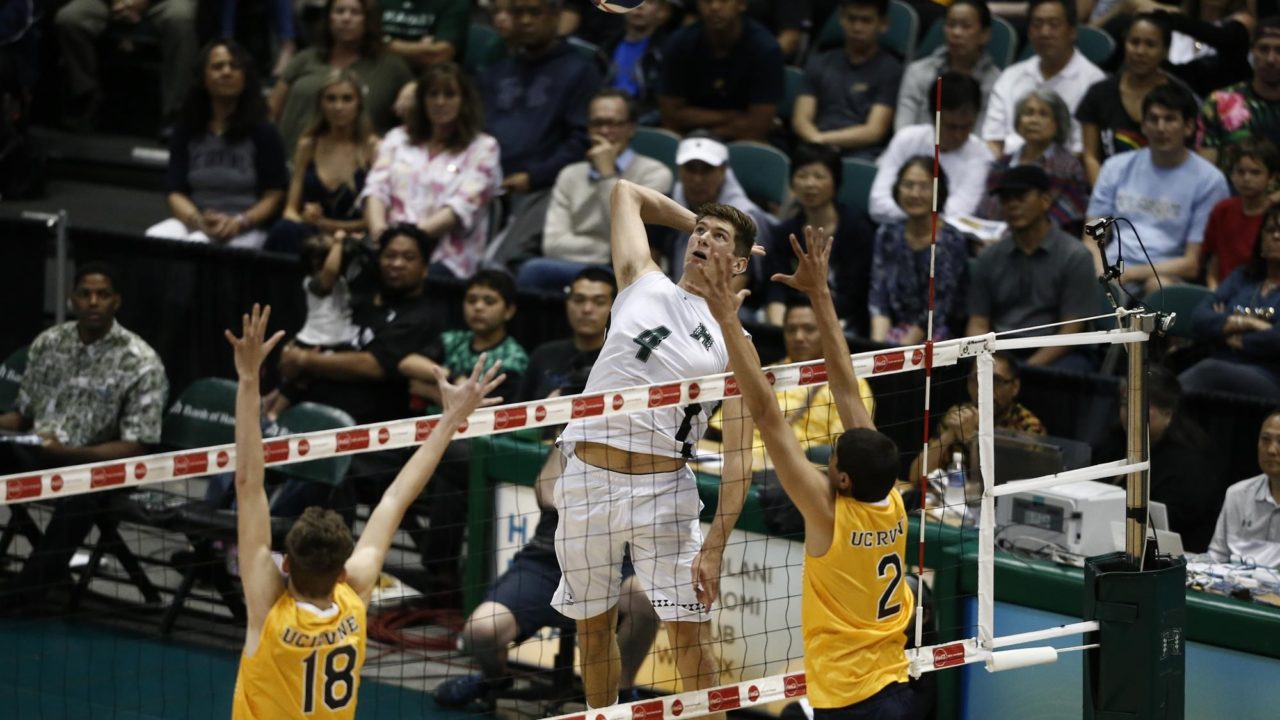 Hawaii's Stijn van Tilburg averaged 6.00 kills and 1.50 digs per set, while hitting .418 in a pair of matches against No. 5 UC Irvine en route to VolleyMob Player of the Week honors.  Current Photo via Hawaii Athletics

Brad Gretsch, Harvard – Sr., MB/OH
Averaged 4.00 kills and 1.13 digs per set, while hitting .455 in road wins over Princeton and NJIT; recorded 13 kills, seven digs and a block, while hitting .409 in a sweep of Princeton; tallied his first career double-double with 19 kills, 10 digs and four blocks, while hitting .500 in a five-setter against NJIT

David Wieczorek, Pepperdine – RS Jr., OH
Averaged 3.38 kills, 1.25 digs and 1.25 blocks per set, while hitting .367 and making good on 54 of 55 serve reception chances in wins over UC Santa Barbara and UCLA; notched 14 kills, seven digs, six blocks and three aces, while hitting .314 in a five-set win over No. 13 UCSB; added 13 kills, five blocks, four aces and three digs, while hitting .440 in a sweep of No. 2 UCLA; made good on all 31 serve reception chances against UCSB, while going 23 for 24 against the Bruins; MPSF Player of the Week for third straight week