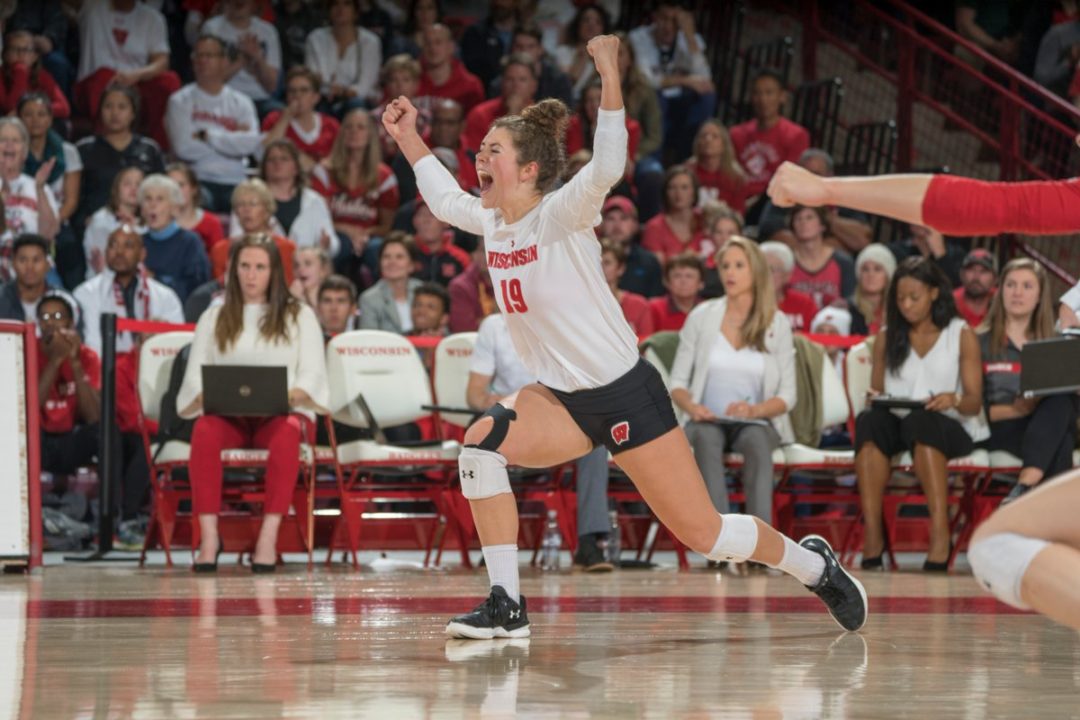 #7 Wisconsin and #23 Purdue both took care of business at home on Sunday with wins over #25 Iowa and Ohio State. Maryland went on the road to Indiana and swept the Hoosiers.  Current Photo via Wisconsin Athletics

Sunday’s slate of Big Ten action saw the home teams go 2-1. Both #6 Wisconsin and #23 Purdue won at home with sweeps over #25 Iowa and Ohio State. Indiana was the lone home team to fall as the Hoosiers were swept by Maryland.

The two teams went back and forth in the opening set, exchanging the lead several times. But it was Maryland that surged ahead with a 6-0 spurt to grab a 22-16 lead late. The Hoosiers responded with a 4-1 run, but the Terrapins took the set, 25-21.

In the second set, Indiana jumped out in front early, with a 6-2 lead. Maryland then rallied with a 4-0 run to tie the set at 6 apiece. Indiana would have its chances as it controlled most of the set. But every time the Hoosiers built a lead, Maryland would respond, including taking the final two points of the set to collect a 25-23 win.

RAINELLE JONES GIVES MARYLAND SET TWO! #Terps comeback to take it 25-23 to go up 2-0 in the match! #FearTheTurtle pic.twitter.com/0QyL3Nl0bY

Maryland opened strong and cruised to the finish line in the third set. The Terrapins built a 7-2 advantage early and then used a 6-0 run to go ahead 15-6. Maryland then closed out Indiana with one final kill for a 25-16 victory.

S2 | OSU gets two back but a rocket from Atkinson gives the set to Purdue 25-23! #BoilerUp 🏐🚂 pic.twitter.com/v5jbxtTKHB

Head Coach @DaveShondell says today's sweep over Ohio State was all about growth in confidence and maturity.

Let us know what you thought about today's win!#BoilerUp 🚂🏐 pic.twitter.com/IosHzE61sI